There was a very interesting article by Monica Hesse in the Washington Post this past Sunday entitled “Truth: Can You Handle It?” The article starts with a well-known witty saying attributed to Abraham Lincoln:

Monica points out that while you can find this quote in some 11,000 different web pages – including Brainy Quote and World of Quotes – Abraham Lincoln never said this. Lincoln’s quote was about a cow, not a dog. Her question – what happens to the concepts of truth and knowledge in a user-generated world of information saturation? 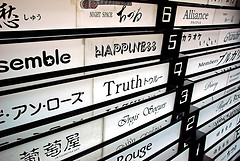 She goes on to talk about how students today rely on Wikipedia and Google searches without validating the information. They count on the wisdom of the crowds, and that wisdom is typically pretty good. If, however, they never question the “facts,” then pretty good will eventually fail them. For instance, a Google search for “smoking does not cause cancer” returns 4,530 webwsites. One of the key points of this article is that students today are increasingly passive and want their information fast….not necessarily accurate. Watching my emersion into Web 2.0 world of blogging and twittering, I wonder increasingly if the same can be said about us early adopters?

This was on my mind this weekend as I graded papers from my graduate students. These are all K-12 teachers working on their masters degree, and I had asked them to draft a paper describing the challenges school administrators face in implementing change in school systems. I had suggested to them that they might review some blogs written by school administrators in researching their papers, and was pleased to see that several did in fact quote from blogs. I mentioned my pleasure on Twitter and got an email back from Jeff Nugent framing questions that immediately connected my tasking to Hesse’s article. The email asked:

This obviously goes to the question of the validity of blog posts as a form of scholarship…but I had not dropped that conceptual thought down to the homework level. I can not find the percentage of school administrators who blog, but I would suspect that it is relatively small. If administrators who blog are on the fringes, can their views on implementing change be generalized to school systems nationwide? I really do not know, but it is troubling that I had not thought about this before making my suggestion to my students.

We are swimming in Web 2.0 rapids where information washes over us 24/7. My personal learning network consists of RSS feeds into Google Reader, network feeds into delicious, and Twitter feeds round the clock. However, as Michele Martin noted so eloquently in “Understanding Homophily on the Web,” we tend to associate online primarily with those people who think as we do, which in turn can cause us tune out the possibilities that there are other ways to think.”

“One of the things that I think we easily forget online is that there are a lot of people who are NOT represented there. Zuckerman, for example, argues that there’s a very real digital divide between developing nations and the developed world when it comes to using social media. We also have continuing divides within our own nations. In the US, only 56% of African Americans are online. I was unable to find the percentages of them who are blogging, but I would assume that it’s even less than what we see with white Americans because there are fewer African-Americans online. And Danah Boyd has done a nice job of raising the issue of socioeconomic class in MySpace and Facebook, pointing to another kind of digital divide. My point here is that if we are getting a lot of information from and engaging in dialogues with other bloggers (as many of us are), it’s easy for us to forget who is NOT part of the conversations. We end up operating in siloes without even knowing it. ” 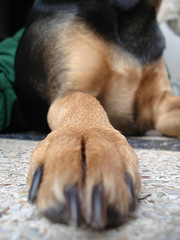 Abraham Lincoln talked about cows, not dogs. I point my students to blogs as sources of information, but do those sources have a leg to stand on? In posting this question here on the web, I am posting it to the community I identify with and feel comfortable with…so one wonders if I will hear alternate opinions?

What do YOU think?