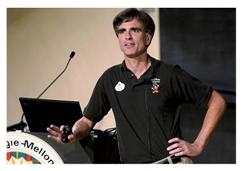 Randy Pausch, a professor at Carnegie Mellon University, died today. He was diagnosed just two years ago with pancreatic cancer and told he had months to live. I never met Randy, but I along with millions heard his “Last Lecture” that he gave to his faculty and students…and kids. It was a message of life, not death. He was featured on Oprah, listed as a Person of the Week on NBC, and inspired a huge following on YouTube.

I am one of the lucky ones. I was diagnosed with prostate cancer in 2002, treated by some wonderful doctors, and appear to be cancer-free six years later. But I know some of the emotions Randy felt in thinking through his message to his kids. I have been lucky to see both of my daughters marry and to hold both grandkids. I hope my last lecture is still far off in the future, but I have been inspired by Randy to enjoy life fully, because each day is precious and a treasure.

If you have not heard Randy’s Last Lecture, I am embedding it below. It is worth the 1 hour 16 minutes.

Randy will be remembered in many ways. I found myself wondering this morning what his last lecture looked like in Wordle. The result is here: 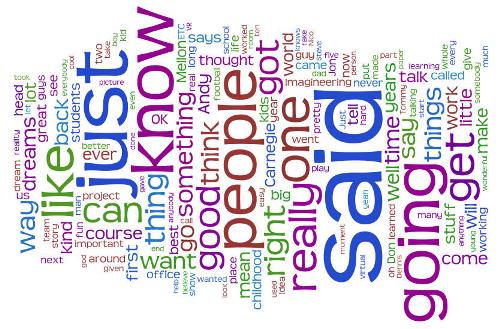 2 thoughts on “Rest in Peace, Randy”