I heard on the mainstream media news tonight that Homeland Security Secretary Janet Napolitano on Sunday declared a “public health emergency” for the current swine flu outbreak, which while mild so far in the United States, has taken 86 lives in Mexico.  Secretary Napolitano liked the current emergency call to preps for a pending hurricane. 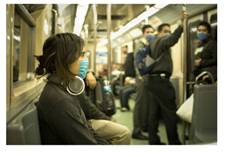 Health officials’ advice is to follow common-sense precautions: Wash your hands, stay home if you’re sick and listen to your local health authorities.

Mirrored I am sure by my colleagues in ed tech, I have been wondering about that fourth piece of advice not mentioned above – practice online teaching and learning so that one can shift online if a state of emergency is declared.

There is nothing new to this train of thought.  Ask Valley CIty State University.  As reported by Inside Higher Ed:

Valley City … announced it would move all instruction online for the remainder of the semester, as the Sheyenne River rose to record levels and officials called for an evacuation of the city’s flood plain (where much of the university is located). According to Mayor Mary Lee Nielson’s statement, the river’s elevation had never before exceeded 20 feet; a crest at 22 feet or higher is expected and, “additionally, the Corps of Engineers also predicts that we will likely remain at this elevated level for up to two weeks, adding additional strain to our dike system.”

“There are simply too many unknowns at this time, and with a two-week expected evacuation we do not have the ability to expect students back on campus. It has been agreed that we will continue with classes and finish the semester in whatever manner possible utilizing technology,” Shirley wrote in a Wednesday message to Valley City State’s 1,000 students. Classes are to resume next week and Shirley urged faculty “to be as flexible and creative as possible,” adding: “We all realize there will be decisions that need to be made on a class-by-class basis, and recognize some classes are more suited to online delivery than others.”

I wonder what my institution would do if faced with an emergency of the scale Valley City faced – one requiring the complete shut down of the physical plant?  I am sure that my institution is like many nationally, in that we have many faculty who are using Blackboard to web enhance their classes.  We also have a minority of faculty who either teach fully online or use a hybrid approach for teaching.  Would we be ready to move online like Valley City did?

The news about the swine flu came out of no where and in the space of a few days has moved to a public health emergency level.  A few years back, avian flu was the concern and institutions drafted contingency plans for dealing with this flu.  I would hazard a guess that few institutions actively trained faculty and students to implement these contingencies.

If one believes that emergencies such as the high water issues faced by Valley City or the potential shut-down of institutions due to influenza are more than concepts, then prudence would suggest that we prepare for them.  One possible way would be for institutions to require all faculty to routinely “teach” one week of their semester online.  The week would be at their choice.  Some may say that this violates their academic freedom, but one week would not impose too harsh a requirement on faculty or students.  I have never heard anyone suggest that moving out of a building when the fire alarm rings violates their academic freedom.  Rather than impede academic freedom, moving online for a week each semester would instead facilitate campus safety for faculty and students.  Faculty would have an exercise in meeting learning objectives online, and students would likewise be held accountable for attending and meeting those objectives online.  More importantly, all would have a conceptual framework around online learning that could be rapidly implemented if safety needs required it.

A radical thought?  I wonder … and I wonder what you – my colleagues – think?

10 thoughts on “Are We Ready for Swine Flu?”