At next week’s Educause Mid-Atlantic Regional Conference in Baltimore, I have been asked to lead an “Experience IT” session  on Twitter 202.  Per the program, “…the “Experience IT” format offers a hands-on, highly interactive introduction to newer tools and technologies so you can explore their potential impact in the workplace and classroom and on your professional development. Please bring your laptop or other session-specific technology (such as smartphone or tablet) to the session so you can engage with the presenter…This session will share best practices in using Twitter as a backchannel in conferences and will offer an opportunity to delve deeper into innovative uses of this online application. When you are through with this session we hope you will tweet your observations throughout the rest of the conference”

I have asked one of my Twitter heroes – Jon Becker  – to co-facilitate virtually and join us via Skype and Twitter.  That in itself should make this a fun session.  Per the conference program, the conference hashtag will be #MARC12.  We will also use #twitter202 as a session hashtag.

In getting ready, we have been guided by work done by Derek Bruff.  Four resources of note for using Twitter as a backchannel in a conference:

Olivia Mitchell, How to Present While People are Twittering –
http://pistachioconsulting.com/twitter-presentations/ 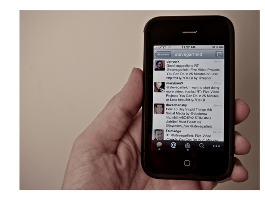 Jon and I also want to highlight some possible uses of Twitter in the classrooms.  Some resources for these include:

Are we missing anything?  Are there other uses for Twitter that you would recommend highlighting in an “Experience IT” session?  Let us know, and join us via Twitter on Thursday morning, Jan 12 at 8:30am EST.