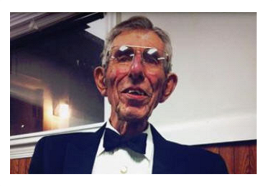 Funerals always bring out thoughts about time.  I am on the road today to attend the funeral of a old family friend.  Bill Schriefer passed away at the age of 89 after fighting lung cancer.  His wife of 61 years passed away last year.  Bill and Laura lived next door to my mother-in-law and sister-in-law, and his daughter Doris was a bridesmaid in our wedding.  Ties that go back 42 years, when I was just a midshipman.  Bill was one of the few people I knew who served in the Navy in World War II, and he became a shipmate for life.

As I have hit 63 years old, and with my own dad passing a couple of years back and my mother growing weaker, it seems natural to think about life lived.  So, an article that crossed my path this weekend that could have not come at a better time.

The September/October issue of MIT Technology Review magazine arrived, with its annual 35 innovators under 35.  Always good reading and always inspiring.  But what really grabbed me this weekend was the opening editorial from Jason Pontin – “Seven Over 70.”  Jason reminded us that we meet older innovators all the time.  Seven of his favorite were:

Pontin noted that Silvers once replied when asked why he did not retire – “I don’t have a very full sense of time.”  I love how that captures life!  And it sums up my shipmate Bill’s life.  When he passed, some of his grandchildren were with him.  Bill lived life to the fullest, and will be missed.  A Navy man, steelworker, father and grandfather, farmer (his garden was an acre wide and took a tractor to maintain…which he drove up until a few months ago), a proud Elk, and a friend.  Bill’s life and example illustrate a life lived with a very full sense of time indeed.

“I don’t have a very full sense of time.”  Back in July, NPR had a story about Guy Clark, who at 71 said “”I know it’s still there to be done,” he says. “I haven’t written my last song, for sure. Nor my best one.”  It reminds me that I have not yet had my best blog post … or taught my best class…or had my best innovation – they are yet to come.  True for all of us.