I saw a tweet from my Vice Provost this weekend that got me thinking (not his intention I am sure).  The Moody Blues were in town for a concert, and he tweeted: 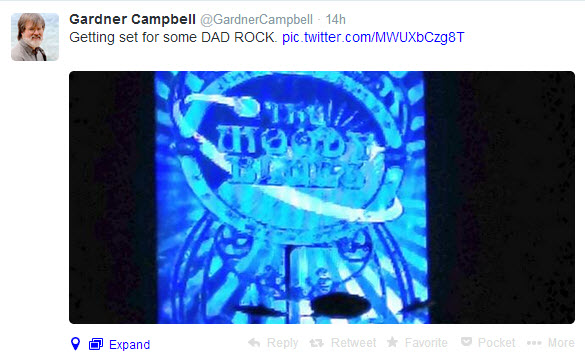 “Dad Rock”?  Really?  I mean, I was in high school when the Moody Blues were big…and my dad was more of a Glen Miller person than a Moody Blues person.

So I suppose that means that Gardner was alluding to “my” generation. 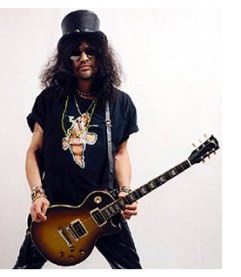 Yet, while I drove my dad crazy playing rock and roll, I was more in tune with the hard rockers.  And as I grew, got married, and had kids, it was not the Moody Blues that rocked me – it was someone my kids listened to – Slash of Guns n Roses fame.

Yes…my secret ambition was to be Slash, wailing away on his electric guitar while standing on a grand piano!

So my 30-day challenge question for today is:

Day 8: What would it mean to bring the intensity, passion, and zaniness to teaching that Slash brings to music?

After all, think about what Slash brings to music.  Time named him runner-up on their list of “The 10 Best Electric Guitar Players” in 2009, noting:

“A remarkably precise player who had to put up with more crap from his lead singers than any other guitarist on this list. Does he make the cut partially because of the hat? Yes. Yes he does.”

I have to admit the hat does it for me as well!  He has evolved and continued to rock over the years, with him recently creating the theme music for Angry Birds Space.  Total Guitar placed his riff in “Sweet Child o’ Mine” at No. 1 on their list of “The 100 Greatest Riffs” in 2004.  Rolling Stones, naming him one of the top one hundred guitarists in 2011, quoted Slash as saying his music “…was a stripped-down rock & roll sound compared to what everybody else was doing,”  adding, “It’s hard to play those solos any other way,” says Slash. “It will sound wrong.”

What if – as we enter classrooms – we brought that same intensity to our teaching, because, to teach any other way would be wrong?

Where is my top hat?

And to close this post out, one of my favorite “alternative” pieces done by Slash in 1996…that even my dad would have liked: