Next week along with my colleague Jeff Nugent, I am leading our second learning path session on online teaching, looking at the evolution of elearning.  Borrowing a page from Brian Lamb, I plan to take the participants on a bit of a historical journey.

In the past hundred years, we have seen communication evolve from radio to television to multimedia on the internet.  Moore’s Law has been evident in the past forty years.  I did my Masters thesis on a Commodore 64 computer…and today carry an iPad with exponentially more power.  In fact, as Brian pointed out, today’s iPad has capabilities that match our human development of social, mobile, visual, storytelling, and gaming.  I include an example of how tablets have changed in the past 200 years: 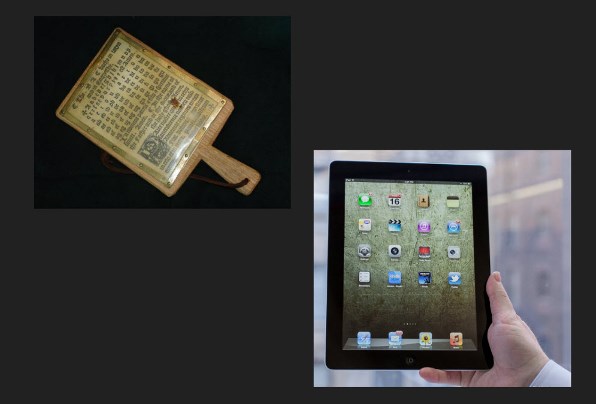 As Tom Friedman noted in The World is Flat, the internet was one of the forces that flattened and shrunk our planet.  Growth in users and applications has been exponential over the past twenty years.  In that time, online education has evolved and grown as well.  I first began teaching online in 1995, before the advent of LMS technology. At the University of Nebraska, we used a new business software program called Lotus Notes to provide a platform for our first online classes.

But the growth of online learning in higher education has not matched the exponential growth of the internet in other fields.  The latest SLOAN / Babson survey shows:

So my question for Day 10 of the 30 Day Challenge (almost in line with “Where are the flying cars?”):

Day 10:  If growth in the internet in users and applications continues to expand exponentially, why has growth in online learning been linear?

This is one I do not have a clue to…but I would be interested in your perspectives.