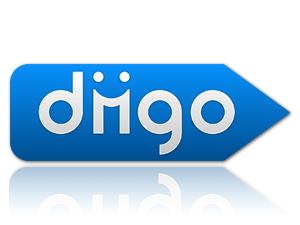 In EDU6323 this week, my students explored social bookmarking.  As one student noted in her weekly reflection – “Holy Moly – How Did I Not Know About This?”  Her observation matched about 90% of my class…which is interesting given that social bookmarking has been around for nearly a decade.  In my mind, this in some ways simply demonstrates that our past educational system was built on the individual, which resulted in people who do not naturally share or collaborate in digital ways.  The changing landscape of the digital world in the past decade has resulted in processes that are open, social and participatory…but that does not mean that those educated in earlier days automatically adopt these practices.  Within our class discussion forum, we had some interesting discussion around digital literacy and skill building.  Many suggested that they were rethinking fundamentals – that skills such as social bookmarking were critical skills that should be integrated in K-12 education rather than waiting until higher education.  Several stated that they were immediately discussing this practice with their students.  Others likewise were sharing the practice with their co-workers.

To help demonstrate the power of social bookmarking, we used Diigo to collaboratively collect articles associated with three myths discussed by Michelle Miller in her third chapter of Minds Online.  Michelle debunked three common myths involving digital technology – that use of technology is rewiring our brains, that kids are digital natives, and that the use of social media is destroying relationships.  Student reflections noted that many of these myths resonated with them, and that they were frankly surprised to find that there was little research substantiating these beliefs.  They collected a nice variety of articles that supported Miller’s view, and in the process illustrated how collectively we can quickly amass an excellent resource.

In thinking deeper about digital literacy, they reflected on how they and their colleagues tended to reject change.  In working with faculty over the past decade, I and others have seen this repeatedly.  However, after initially rejecting change, we have also seen faculty come back, retry something, and ultimately embrace it – whether we are talking about technology or new teaching practices.

In reflecting and discussing the social side of social bookmarking, several students saw potential opportunities for collaboration, but they also worried about collaborative approaches in a world still focused on individuals.  If a group collaboratively built something, how does one grade individual effort?  Others worried that students might violate copyright if they were allowed to freely share content.

Regarding grades, I spent part of the 1980s involved with the quality movement, known then as Total Quality Management.  One of the guiding lights of TQM was Edwards Deming, who passed away in 1993.  Deming was chiefly responsible for the rebirth of Japan following World War II, in which the quality of products (Sony, Toyota, etc) far exceeded USA products – at least until American companies started listening to Deming.

One of Deming’s beliefs was that you could pick the top 5% and bottom 5% of effort in any project, but that it was meaningless to spend time trying to quantify the middle 90%.  As such, he felt that in education, individual grades tended to be meaningless.

That was 30 years ago!  With the new affordances of digital technology – and the opportunities associated with collaborative learning, perhaps a new grading scheme is needed!  Would teachers and faculty be ready for such a radical notion?

As to remixed copyright, I shared Larry Lessig’s TED Talk.  Another radical notion?

I really enjoy our journey through digital technology, which several students describe as “eye-opening”!  Next week, we move into aggregating content.  I hope more radical notions are uncovered!

One thought on “The Social Side of Social Bookmarking”