In the New Testament Bible, John 18:38, Pilate responds to Jesus’s statement that he should bear witness to the truth with this question, “What is truth?”  Two thousand years later, we seem to still be grappling with this question.

This past year, 2016, was a year in which “truth” became very nuanced.  Oxford Dictionaries selected “post-truth” as the 2016 international word of the year.  It defined post-truth as “relating to or denoting circumstances in which objective facts are less influential in shaping public opinion than appeals to emotion and personal belief.”  We saw this play out in the United States presidential election.  Fact-checkers described numerous times when candidate Trump stretched the truth, and yet this seemed to not matter to his followers.  According to a Washington Post-ABC News post last November, Trump was seen as more honest than Clinton by an eight-point margin.

This is the backdrop to next week’s EDU 6323 lesson on web-based search.  Google Search is the most used search engine on the web, handling more than 3 billion searches every day.  Last year’s statistics ranked it with nearly two-third’s market share globally.  The main purpose of Google Search is to hunt for text in publicly accessible documents offered by web servers. It was originally developed by Larry Page and Sergey Brin in 1997. I remember using Alta Vista before that…but Google rapidly became the search leader. Google Search provides several features beyond searching for words. These include synonyms, weather forecasts, time zones, stock quotes, maps, earthquake data, movie showtimes, airports, home listings, and sports scores. There are special features for numbers, dates, and some specific forms, including ranges, prices, temperatures, money and measurement unit conversions, calculations, package tracking, patents, area codes, and language translation. In June 2011 Google introduced “Google Voice Search” to search for spoken, rather than typed, words – an alternate to Apple’s Siri. 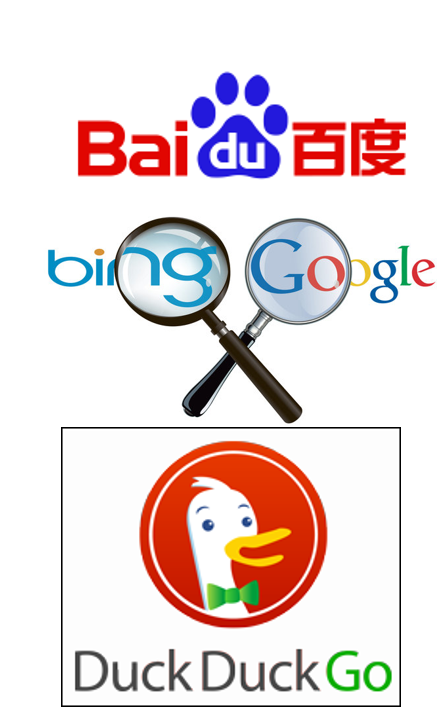 My lesson includes an exploration of advanced search on Google, as well as an exploration of web site ownership through WhoIs and the Wayback Machine. I am asking my students to pick a 2016 political action committee from this website … and then first search for this PAC using Google to provide the baseline information for analysis. They will then compare their Google returns to those generated by Bing, DuckDuckGo and the Chinese search engine Baidu, Do they get the same results?  What is different? Which do they prefer?  Then I will have them analyze the website for their SuperPac to see if they can find who registered and authored that website. Using the Wayback Machine, they will see if they can determine how long the has website been around.

My hope is that this exploration will generate some discussion around “truth”.  Dan Rockwell noted this past week that when he asked CEO’s at a dinner what kept them up at night, several shared ideas around truth (among others):

The Chronicle of Higher Education this past week published a special report called “The Post-Truth Issue.”  Two articles stood out to me. Safiya Noble, in “Google and the Misinformed Public,” noted that “…Google and Facebook have no transparent curation process by which the public can judge the credibility or legitimacy of the information they propagate.”  She goes on to say:

“Online search can oversimplify complex phenomena. The results, ranked by algorithms treated as trade secrets by Google, are divorced from context and lack guidance on their veracity or reliability. Search results feign impartiality and objectivity, even as they fail to provide essential information and knowledge we need: knowledge traditionally acquired through teachers, professors, books, history, and experience.”

Lucy Ferriss, in “Post-Truth and Chaos,” had an interesting closing:

“Truth, in other words, is a thing — a goal, a bedrock, a provable hypothesis, a conclusion from evidence, an insight to which, per Keats, the perception of beauty can bring us. Post-truth is a strategy. Its relationship to truth is strategic. Its goal is the exploitation of emotion. And while it cannot kill truth, it does in a way look past it, as a hubristic traveler might try to look past that North Star, and find beyond it utter darkness, nothingness, chaos.”

Determining validity on the web should be a part of digital literacy.  At lunch this past month with Enoch Hale, Director of VCU’s new Center for Excellence in Teaching and Learning, he made an interesting comment that his job really was more about “thinking” – thinking critically – than teaching or learning.  As we approach this next week, I want my EDU6323 students to think critically about what they find on the web, and about truth. 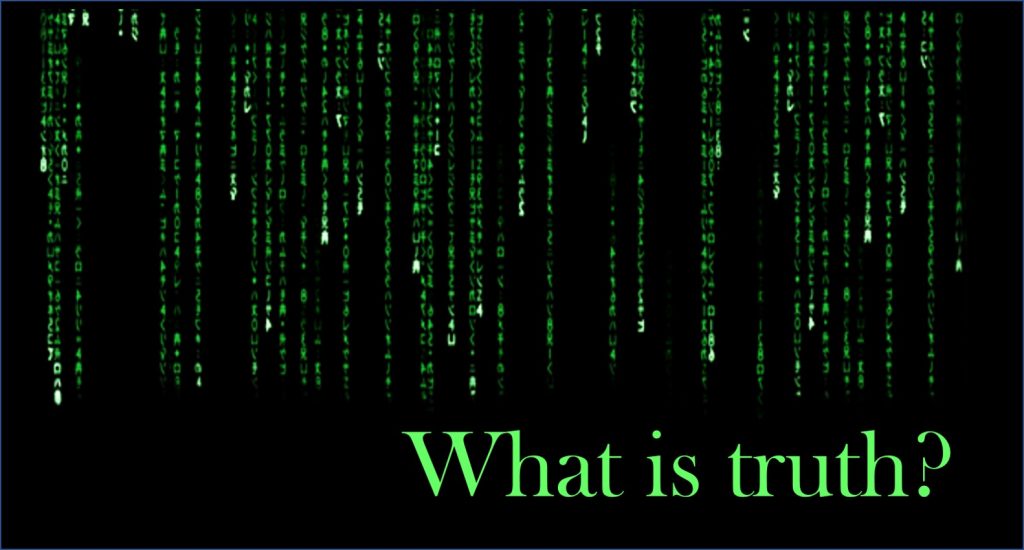 One thought on “What is Truth?”