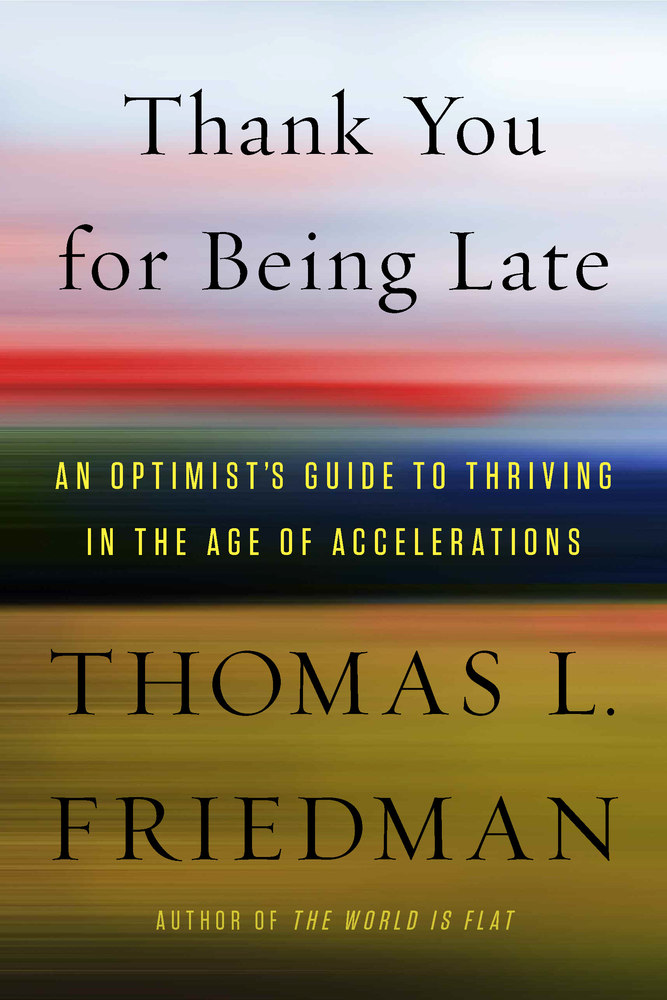 Over the weekend, I continued reading Tom Friedman’s new book, Thank You For Being Late: An Optimist’s Guide to Thriving in the Age of Accelerations.  I have to admit that the second section on accelerations – technologies, globalizations, and ecologies – scared the crap out of me!

In his 2005 book The World is Flat, Friedman was widely quoted for stating: 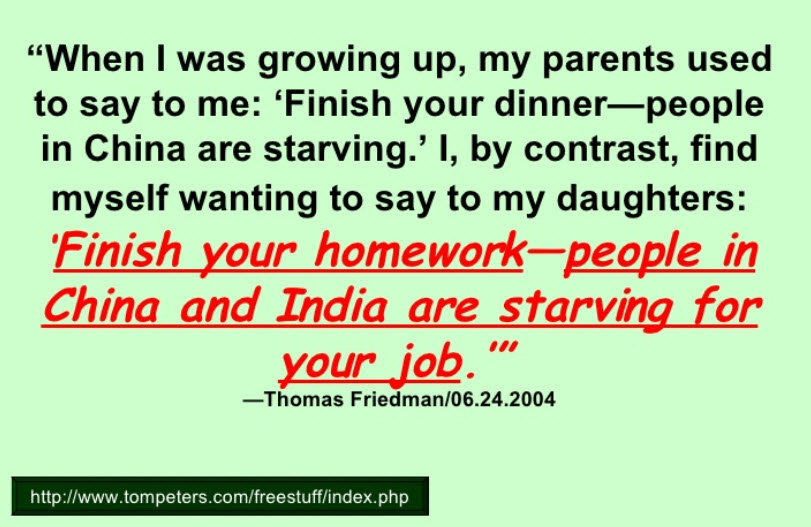 In this book, he discusses a global cloud based company that originated in the eastern part of Turkey – not China or India.  In the 12 years since The World is Flat was published, we have gone from competition residing in big countries to competition residing anywhere.  The market economy has shifted from one based on products to one based on flows, which harkens back to the Goodwin quote from a couple of posts back:

Probably most unsettling is what he called the black elephants – a cross between black swans (low probability events with major implications) and elephants in the room (problems visible that no one wants to acknowledge).   Friedman then went on to discuss in detail nine such black elephants:

Compounding all of these is the continuing growth in human population.  Looking at humanity as a whole, we have increased life expectancy and dropped mortality rates, but not decreased birth rates.  When one looks at all of the black elephants noted above, and then adds the compounding element of adding even more humans to the mix, it paints a dire picture!

So Friedman got my attention…now I need to read the next section to see just where the “optimist” in his title comes in!