My good friend Enoch Hale asked me a question late last week that I have been contemplating ever since:

“What are some good books to read regarding the future of Higher Education?”

Good question…and at a deeper level, how do you differentiate between books that have the flawed (at least, I think flawed) assumption that higher education tomorrow will resemble higher education of the past…and books that actually suggest a new future?  Search for books on “the future of higher education” and you quickly find quite a few…and I would add in books about “the future” itself.

There are lots of ways to think about the future…

In Tom Friedman’s book, Thank You For Being Late: An Optimist’s Guide to Thriving in the Age of Accelerations,  he draws the distinction between typical course creation processes, which can take a year, and Udacity’s roll out of a MOOC for Google’s TensorFlow program 3 months after Google announced the algorithms.  Friedman sees coming disruptions from intelligent assistants and intelligent algorithms.  Yet, Friedman also points out that in an era when it is possible to automate much of the learning process, the element that marked “successful students” was the human element – teachers and mentors who took personal interest in students.

New York Times discussed a higher education leaders forum last year that suggested the key challenges for higher education included finding new ways to teach the digital generation, bringing down the cost of a college education, and ensuring more students graduate.  A recent Harvard graduate has been exploring micro-financing and vocational education as one approach outside the United States…and one wonders if some in this country might take this route as well.

Forbes carried an article this past year that suggested that return on investment is the biggest issue facing higher education…with good reason.

I remain an optimist.  I like the direction(s) Kevin Kelly’s The Inevitable takes, in which new technological forces will drive new opportunities.

I also like the direction Stanford has in their 2025 strategic plan: 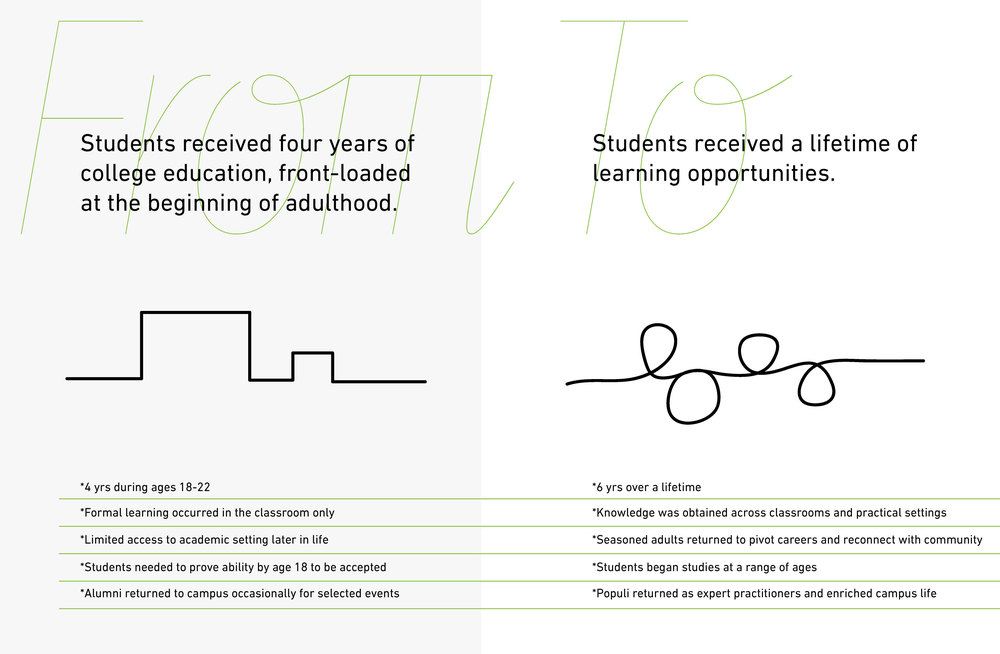 Soooo…if Enoch asked you the question, how would you respond? What should we be reading to inform our vision of higher education’s future?