Last year, I joined Harold Jarche’s Coffee Club, a professional community of practice that meets via Zoom once a month – and like Vegas, what happens in the conversation stays in the conversation.  So other than to say this morning’s conversation was delightful – with individuals from Canada, USA, UK and Brazil – I will not go into the specifics.

But Harold did bring up his recent blog post “Constant Outrage“, and I find his use of McLuhan’s tetrad intriguing. 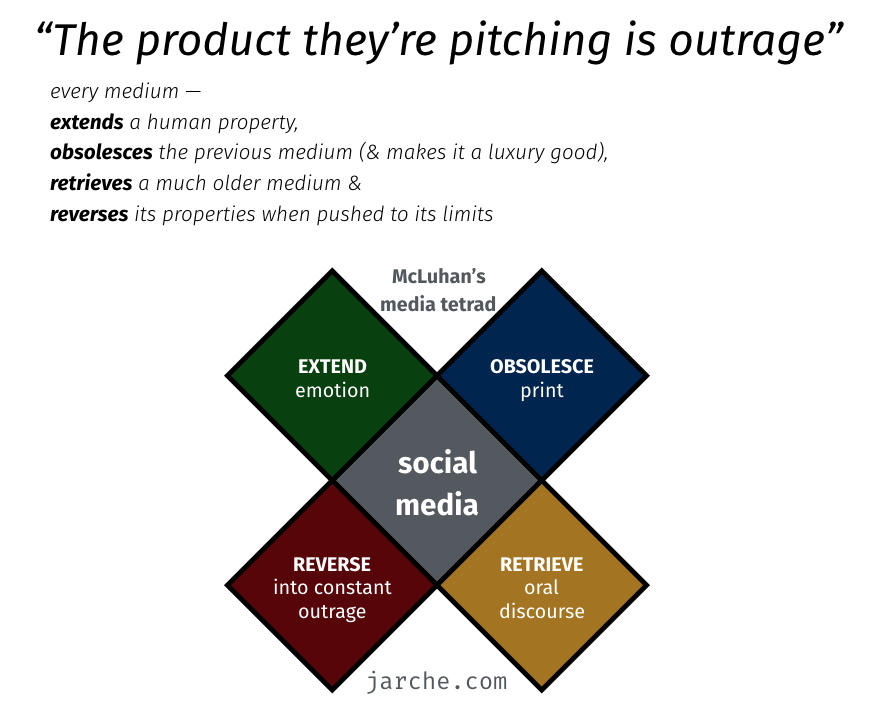 Harold has been using Marshall and Eric McLuhan’s tetrad for the past decade to examine impacts of medium on those who use it.  In the image above, he focuses on social media, and how it on the one hand extends emotion, makes print media somewhat obsolete, revives the old traditions of oral discourse, and when pushed to the limits, fuels constant outrage.

Next term at Northeastern, I will again teach the course on Social Media and Education – EDU-6333.  When I first started teaching this course four years ago, I was a huge fan-boy of social media.  Over the past two years, I have been troubled by the darker aspects of social media.  Harold accurately captures this in his January post: 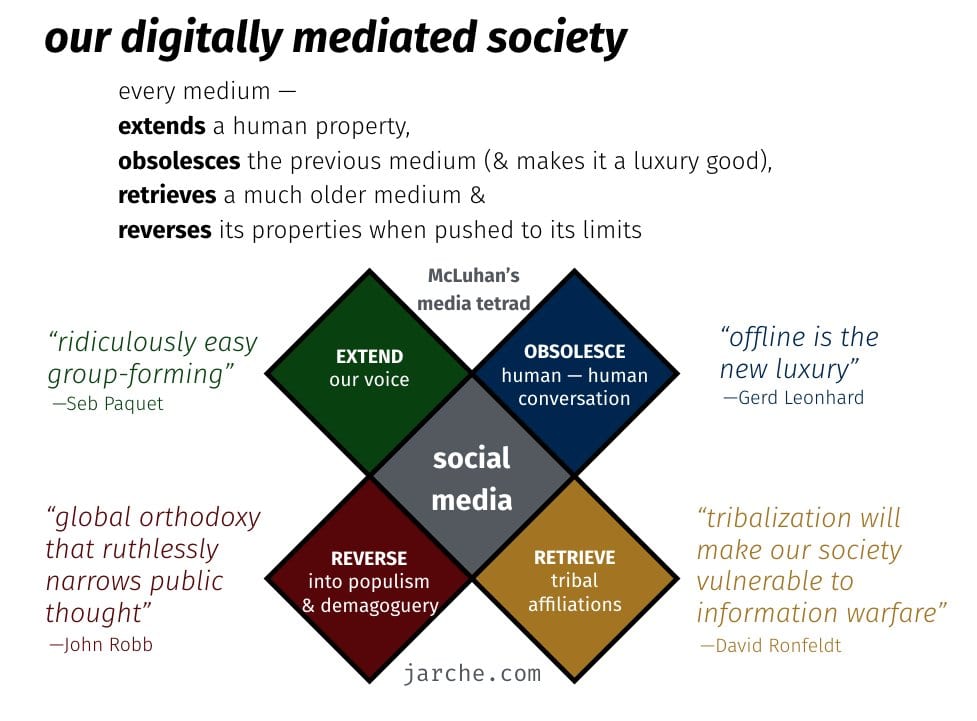 I am also working with Merrimack College in their Certificate in Catholic School Leadership.  One aspect that students are interested in is the use of social media for marketing their schools.  Harold’s use of the tetrad sparked my attempt at the same thing: 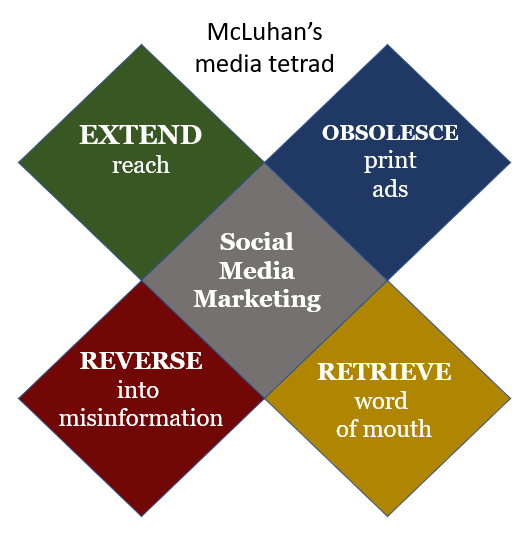 The certificate students are interested in the nuts and bolts of developing a social media marketing plan for their school – which is important.  But I want them to also consider the other aspects that social media brings with it.  Harold has noted in the past that one of his more difficult tasks is getting people he works with to recognize the difference between complicated and complex environments. Harold has used the Cynefin framework as an aid to decision-making. 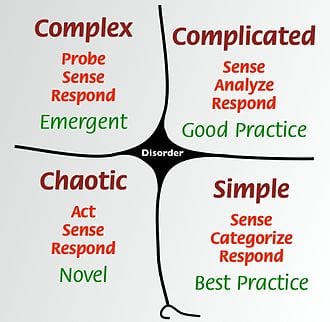 I suspect that my certificate students are approaching social media as a complicated situation…where one can rely on preplanning…but my worry with how social media has evolved is that it is really a complex situation.  As Harold noted, complexity and chaos are the new normal!

So for both of these courses, I hope to push past the hype of social media and surface critical issues that school leaders need to consider.

One thought on “Considering Tetrads”