An interesting conversation developed today in my class hashtag on Twitter.  One student shared Mary Ludden’s post “How to connect in a connectionless environment…”, which suggested that three key areas of focus were:

For some reason, the old book Fish! and the Fish Philosophy jumped to my mind. 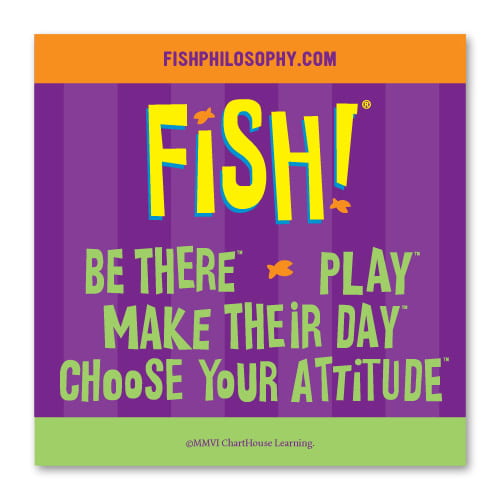 I used to use the Fish Philosophy in some of the undergraduate business management courses I taught back in early 2000 timeframe, and I got a chance to visit the Seattle Fish Market that inspired this philosophy in 2004.  Their first rule was “Be There.”  And anyone who has taken my courses know that I also like the idea of “Play.”

Flower Darby had a good advice column in The Chronicle of Higher Education this week, entitled “How to Be a Better Online Teacher: Advice Guide“.  It apparently turns out that I am in the minority of 9% that prefer teaching totally online.  She noted that a whopping 91% of us don’t.

I have often said that those who downplay elearning have never taught online,,,and I gave up years ago trying to convert people.  I know personally that I am a good face-to-face teacher … but I feel that my real strength lies in teaching online…and I have been doing it and loving doing it for 25 years now.

Clearly, many academics don’t see the value of online courses or of trying to become a better online teacher. Almost none of us set out to be great online teachers when we decided to go to graduate school. We’ve spent years in campus classrooms, but we don’t have the same depth and breadth of experience in the online classroom, as either students or teachers. Most of us don’t know how to teach online or how to get better at it — and we may not be motivated to learn. Even more likely, we may not feel like we have time to learn.

So she put together this article with ten essential principles and practices, which are:

To me, “Show Up to Class” means “Be There”… and in the past decade, being there has meant adding a social media component to the activities within the LMS.  It also has meant being fully engaged with any discussion forums or blog posts done by students.  I like that Darby’s first principle is show up to class!

So back to my Twitter feed at #EDU6333, right after I fully endorsed the student linking to Ludden’s post and sharing the Fish Philosophy, another couple of students pushed back that Ludden was being a bit pretentious…and that as millennials, it is not that they were not connecting – it is that they connected in a different way.

Hard to argue with that.  I have been exploring networked learning for the past decade and design my classes around it.  Harold Jarche had a neat post earlier this week that suggested social learning is innate and leads to innovation. 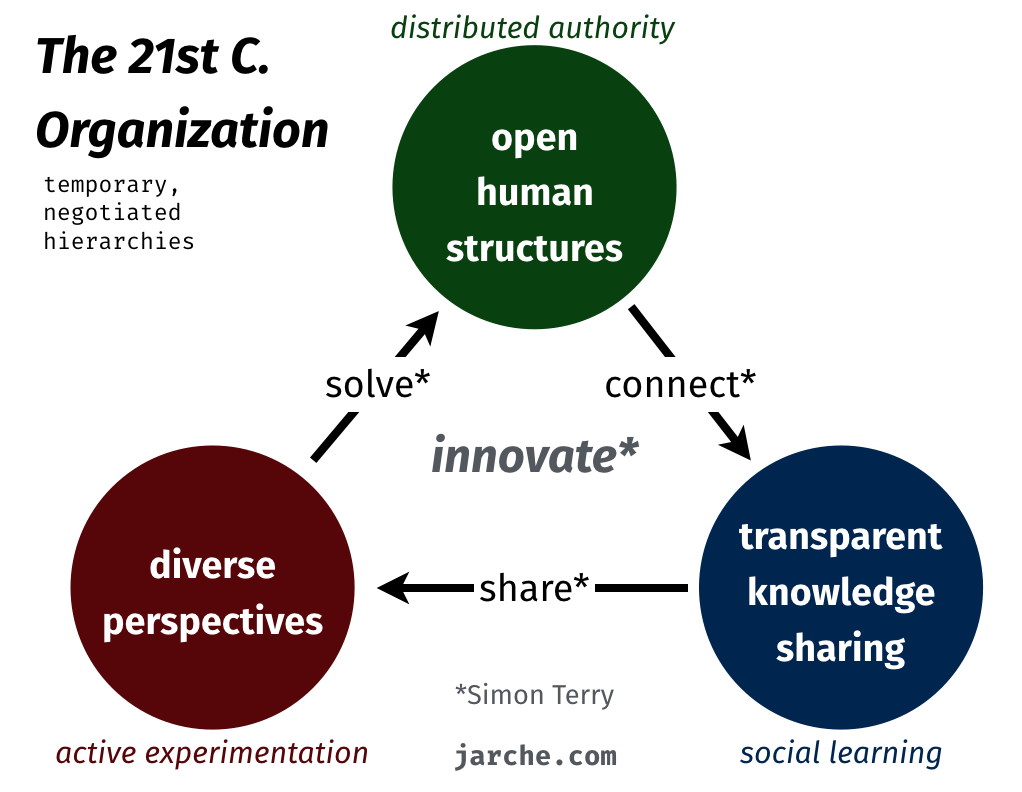 One of my students noted that “I also think that if workplaces expect workers to just be present, then a value of workers’ time should be considered as well. In a country where most work well over 40/wk, switching off is a hard ask a lot of times. People need escapism.”

Totally agree…which is why “Play” should be part of work, life…and classes.  Two years ago, I was in the middle of grading papers when several of my students began live tweeting and adding gifs to make the point that learning could be fun.  When I tweeted that it was hard to concentrate on papers with this going on in my Tweetdeck, one student responded:

It was perfect…and I dropped the papers and tweeted with them for the next hour.

I blogged about it in “Will AI do Improv?“…while the Storify piece is long gone (Storify shut down in May 2018), the rest of the post captured the moment.

That is part of “Be yourself” that Darby noted…as least for me.

This post has bounced around a bit…but go read Darby’s article.  All ten principles/practices are good…and there is certainly room for improvement in my classes, so I intend to spend some time reflecting on her article.

In fact, the only thing that turned me off about this article was the illustration the Chronicle chose to go with it.  It seemed (to me) to once again suggest that the face-to-face classroom was the gold standard of good teaching, so they illustrated elearning by placing a bunch of laptops on the desks facing a teacher in the midst of lecturing.

As I tweeted – Really?

But as I also tweeted to my students, I really do believe in being there…it is the way I have taught and the way I intend to continue teaching.

I would be interested in your thoughts…particularly if you are in the 91 percent!