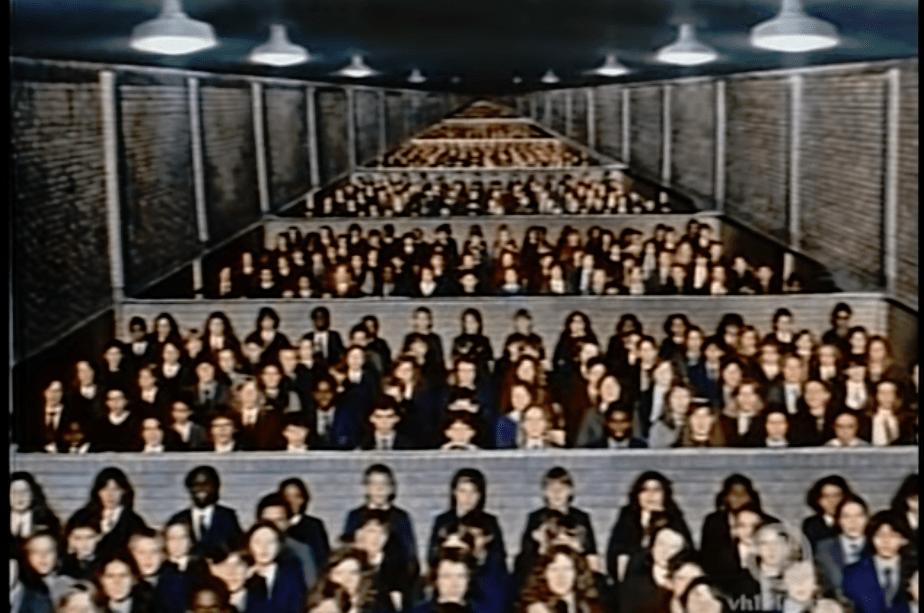 I was out walking today listening to Pandora, and Pink Floyd’s Another Brick in the Wall came on.  One of my favorites … and it reminded me of a recent blog post by Seth Godin on The Learning / Doing Gap.

As Godin noted, “To quote the ancient rockers, ‘We don’t need no… education.’ But we could probably benefit from some learning.”

Is it just me, or has anyone else in the past 40 years been struck by the juxtaposition that here are kids complaining about the rigid school system … and doing it with perfect elocution.

Godin’s post bothered some educators.  Look at the thread here:

Maybe not, but Godin did make the point that being good at school is not the same as learning something.  He noted that when we talk about learning, we often mean formal education, with it’s associated rules, rankings, and grades.  I am guilty of that in this blog!

“…Education (the compliance-based system that all of us went through) is undergoing a massive shift, as big as the ones that have hit the other industries that have been rebuilt by the connection and leverage the internet brings. And yet, too much of the new work is simply coming up with a slightly more efficient way to deliver lectures plus tests.”

He suggested that the alternative is “doing.”

I just finished listening to Stephen Downes talk as a guest at Bryan Alexander’s Future Trends Forum.  Neat conversation, and one thing Stephen discussed was the evolution of elearning from 1.0 (client-subscription) to 2.0 (content syndication and learner as prosumer) to the coming 3.0 (a community-based learning experience rather than a hosted event).  I probably did not capture that well … but Stephen is not the only one to discuss the idea of learner as prosumer.  Chrissy Hellyer blogged a few months back about encouraging students to become prosumers.

One of my doctoral students blogged yesterday about the changing nature of work, and since he is an assistant principal in a high school, “work” for him involves education.  He noted:

“… Change often comes much more slowly than futurists predict, however, and K-12 education is a perfect example. The Prince article reminded me of some initiatives that I saw during my own grade school experiences: We had open-walled classrooms in first and second grade, “positive action training” provided by school counselors in the classroom in fourth grade, and interdisciplinary learning units in middle school. None of these initiatives lasted. The only time open and fluid space was used in first grade was when we gleefully flipped pencils off the edges of our desks and over the walls (no one ever fessed up, either).

If today’s flexible spaces, maker spaces, collaborative, project-based learning opportunities, and non-traditional schedules are to succeed (and I do believe that they can!), it will take deep commitment from stakeholders of all stripes to make it happen. The chances an empowered, productive wirearchy will develop in K-12 education completely on its own are very slim. Paradoxically, it may take a top-down approach to breathe life into the grassroots energy needed to maintain a more horizontally-empowered education system. Unfortunately, for the last 20+ years, we have been more adept at standardizing assessments than empowering learners, to apply Westerman, Bonnet, and McAfee’s standardizing-empowering paradox…”

I responded by citing one of my favorite leadership books from way back in 1996, which was not published by a person but rather by a large team. In The Paradox Principles, the Price Waterhouse Change Integration Team listed five paradoxes that would challenge tomorrow’s leaders:

Each of these paradoxes is still relevant nearly a quarter century later, and the fourth – that true empowerment requires forceful leadership – spoke to Ned’s point.

But is forceful leadership required because there are too many “bricks” in the way?  How can we – in both K12 and higher education – move from education to learning … from learning to doing?  This is a cultural issue…and leaders are responsible in large part for the culture of an institution.

And if we do not address this culture …

4 thoughts on “Are You Another Brick?”