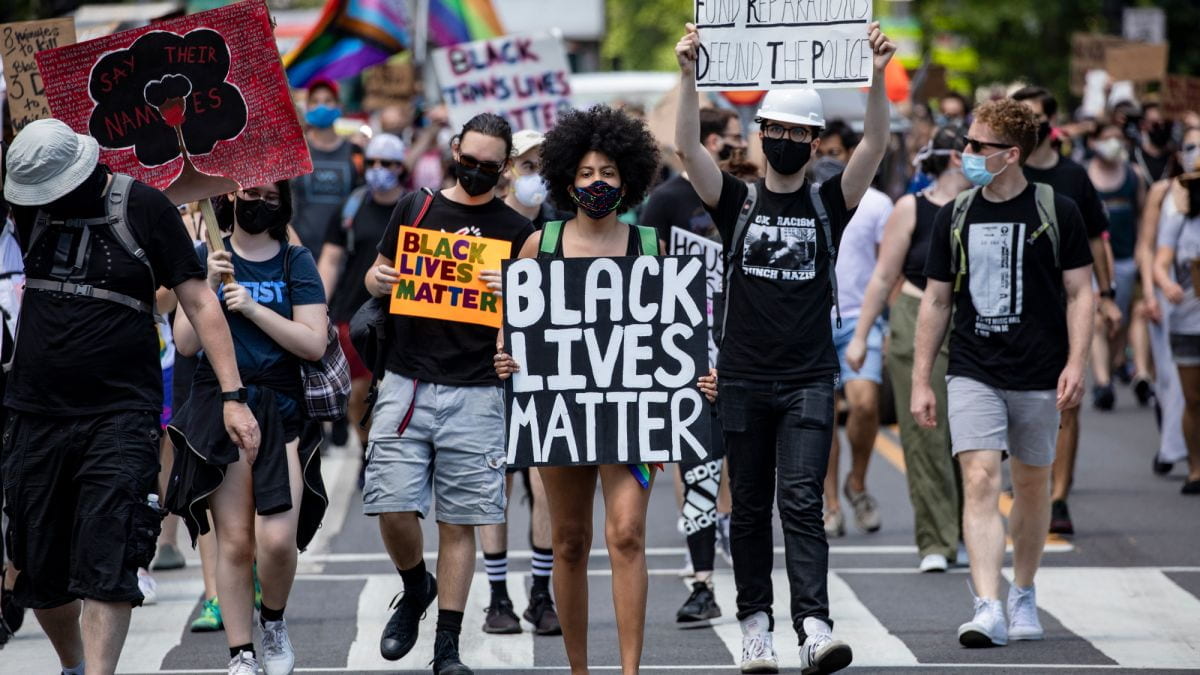 Over the past six months, I have been teaching courses on social media and education technology against the backdrop of both the COVID-19 pandemic and the social unrest sparked by the killing of George Floyd on May 25th.  In both tweets and posts, students have woven these two forces of change into our weekly topical discussions.

Given that I was born and raised in Georgia, then spent 22 years serving in the Navy before moving in to higher education, I have always recognized that my life was a product of white privilege.  Desegregation began in Georgia as I was entering high school, but it was not until I was at Annapolis for 4 years that I really got to know someone who was not white.  Over the course of those 22 years in the Navy, I grew to accept as not only necessary but valuable the idea of inclusion, both in race and gender.

Or to put it in more recent terms, I learned that All Lives will never matter until Black Lives Matter.

So it was a bit embarrassing for me personally when I looked at an upcoming assignment for my students and realized I was not including people of color.

In the Technology as a Medium for Learning course (EDU-6323), I had a hands-on exercise in curation where students would pick a curation tool –  Wakelet, ScoopIt, Pinterest, or Pearltree, and then pick an influencer of education technology from the following list, and curate 5 or 6 images and videos of this person:

Fun exercise that I have run five or six times, yet it did not hit me in the past that I was not including influences of color.  And they certainly exist!  Jamal Merritt last year posted a list of 37 emerging and inspirational Black Leaders in edtech.

So my exercise coming up in 3 weeks for my current class has just been updated with the substitution of two new options: 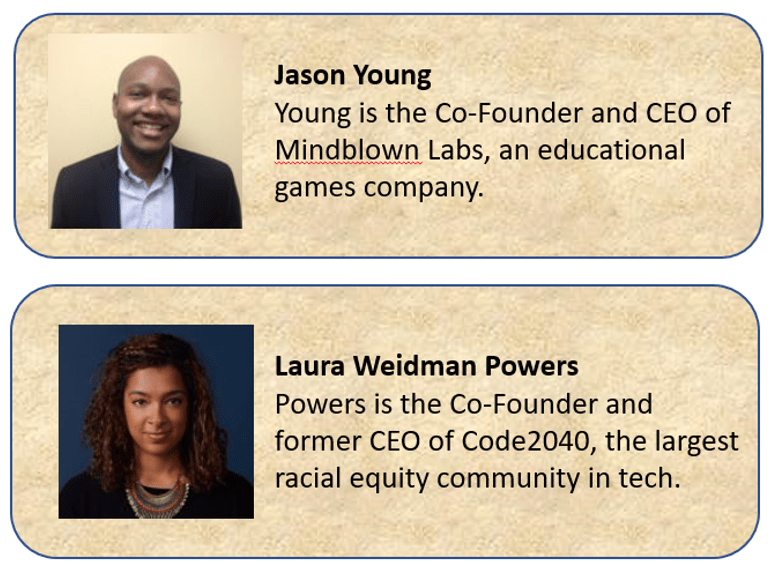 I dropped Betsy DeVos.  While she may be an influencer, she has not been a very good one in my opinion!

I know that I need to look at inclusion more broadly.  In suggesting people to my students for growing their personal learning networks, I was always mindful of equal representation in gender.  But I obviously paid less attention to race, nor have I really explored influencers in the LBGT community.

In her book White Fragility: Why It’s So Hard for White People to Talk about Racism, Robin Diangelo noted:

“I believe that white progressives cause the most daily damage to people of color. I define a white progressive as any white person who thinks he or she is not racist, or is less racist, or in the ‘choir, or already ‘gets it.’ White progressives can be the most difficult for people of color because, to the degree that we think we have arrived, we will put our energy into making sure that others see us as having arrived. None of our energy will go into what we need to be doing for the rest of our lives: Engaging in ongoing self-awareness, continuing education, relationship building, and actual anti-racist practice. White progressives do indeed uphold and perpetrate racism, but our defensiveness and certitude make it virtually impossible to explain to us how we do so.”

As Robin noted, I certainly need to put energy in to both on-going self-awareness and applying a better inclusion lens to the things I teach.

So help me!  Who are the non-white edtech influencers that you would suggest I add to my PLN?

2 thoughts on “My Own White Bias”