Someone joked on Twitter last week that he would not be “falling back” when Daylight Savings Time shifted to Standard Time, because he did not want to give 2020 even one more hour!

It has been a tough year … and some suggest 2021 might be as bad or worse.  Audrey Watters certainly knows that better than most, having lost her son this year.  As she noted in her latest blog post:

I won’t say that the burning rage that drives my work has died out. But it’s just a fire with a lot less heat and energy right now. This spring and summer has been a lot: the pandemic, Isaiah’s death, my aunt Audrey’s death, police violence, protests, curfews, heat waves, fires, an orange sky in Oakland one morning that felt truly apocalyptic… RBG is dead. And the election is just a few weeks away.

It is too easy to focus on the tough times with daily reminders of pandemic outbreaks and deaths…or the polarized politics we (and much of the world) seem embroiled in.  So, it was comforting to read Jim Stavridis’s 2019 book Sailing True North: Ten Admirals and the Voyage of Character, which served as a timely reminder of a better future … even though it was written before the pandemic broke. 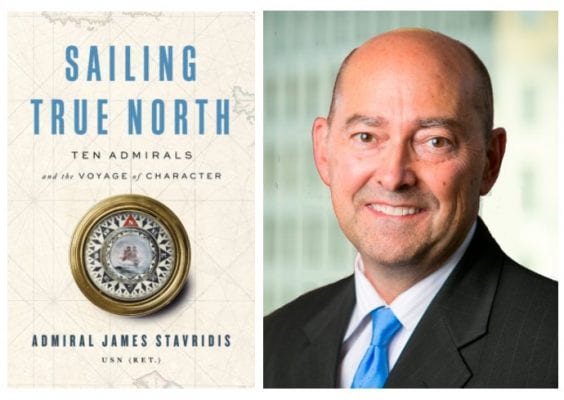 Jim graduated from Annapolis a few years after me, and rose to four-star Admiral and the Supreme Allied Commander of NATO.  I am not sure if we ever met, but I certainly recognized many of the people Jim discussed in his book.

With each admiral, in addition to adroitly telling their “sea stories”, Jim discussed aspects of their character – both the good and the bad. Themistocles displayed decisiveness in the Battle of Salamis.  Zheng He led a Chinese fleet throughout the Indian Ocean fifty years before Columbus, displaying both independence and resilience.  Drake displayed boldness, but also cruelty.  Nelson was a team builder, but could have used more humility and fidelity to his wife.  Mahan had great vision, determination and intellectual power, but was not a people person.  Fisher displayed optimism and curiosity.

Nimitz was personable and elevated those around him to greater achievements.  Nimitz also was an optimist, but he grounded it in reality.  When others only saw the destruction of Pearl Harbor, he focused on what was not destroyed…and built that into victory.

Rickover was a visionary, but never found the balance between patience and anger.  Zumwalt was also visionary, reforming the Navy at a time when reforms were needed, using charisma and boundless energy, but was overconfident.  Hopper on the other hand also had vision, but matched it with an ability to inspire people.

In the final chapter, Jim weaves in two modern admirals. Admiral Michelle Howard, a Black female Naval Academy graduate who was the first Black woman to command a ship and first female Academy grad to reach flag rank.  Admiral Bill McRaven led the SEAL team that took out Osa Bin Laden, but also fought cancer.  Both were examples of resilience.

Jim concludes his book with ten personal examples of the traits discussed in this book:

Jim noted that when he was at sea, he liked to end each day on the bridge looking out at the vast horizon.  Any of us that have been to sea know that feeling of a small ship in a large ocean … and Jim noted that what he saw in the horizon was eternity, coupled with the realization that none of us are eternal, and so we should live our lives as best we can.

As I think back to Audrey’s quote at the beginning of this post, I reflect on the sure and certain fact that things currently are bad, but with resilience and forward vision, we will get through these bad times.  I feel lucky that I am currently teaching two classes – one at the Masters level and one on leadership at the doctoral level.  Interacting weekly with my students keeps me grounded and reminds me of the optimism I carry for the future.  In these hard times, I found Jim’s mediation on character … and the suggestion that each of us look inward, a nice balance to the times we face.

Stay safe, all, and keep your eyes on the horizon!

2 thoughts on “Resilience as Part of Character”