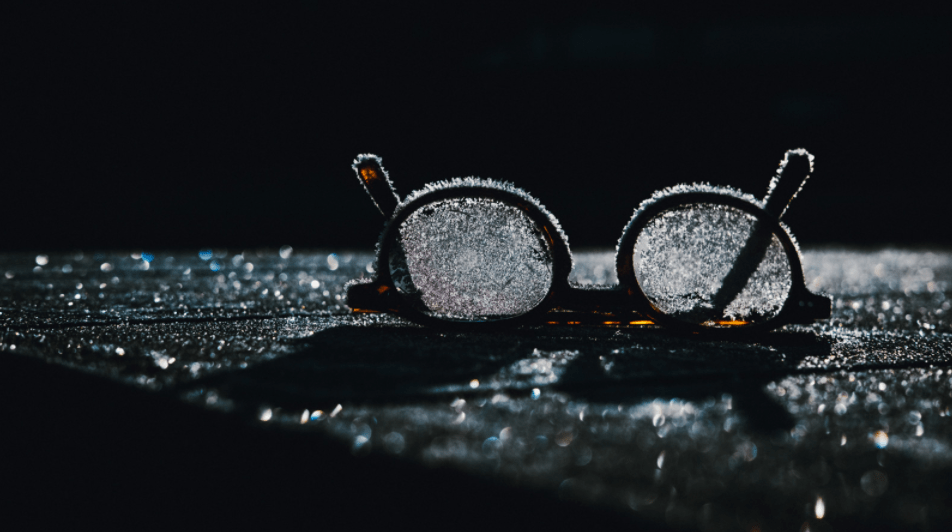 Last week, Jane Hart published her latest Top Tools list.  This was the 15th annual list compiled by Jane, and a bit of a surprise.  She noted, “2021 was the YEAR OF DISRUPTION! There were a substantial number of new tools nominated this year so the main list has now been extended to 300 tools to accommodate them, and each of the 3 sub-lists has been increased to 150 tools. Although the top of this year’s list is relatively stable, there is quite bit of movement of tools on the rest of the list, and the effect of the new tools has been to push other established tools down – if not off the list altogether.”

If I used to wear rose colored glasses when it came to tools … the list this year suggested that my glasses have fogged over!

I routinely participate in Jane’s call for top tools each year – blogging about my 2021 tools here. 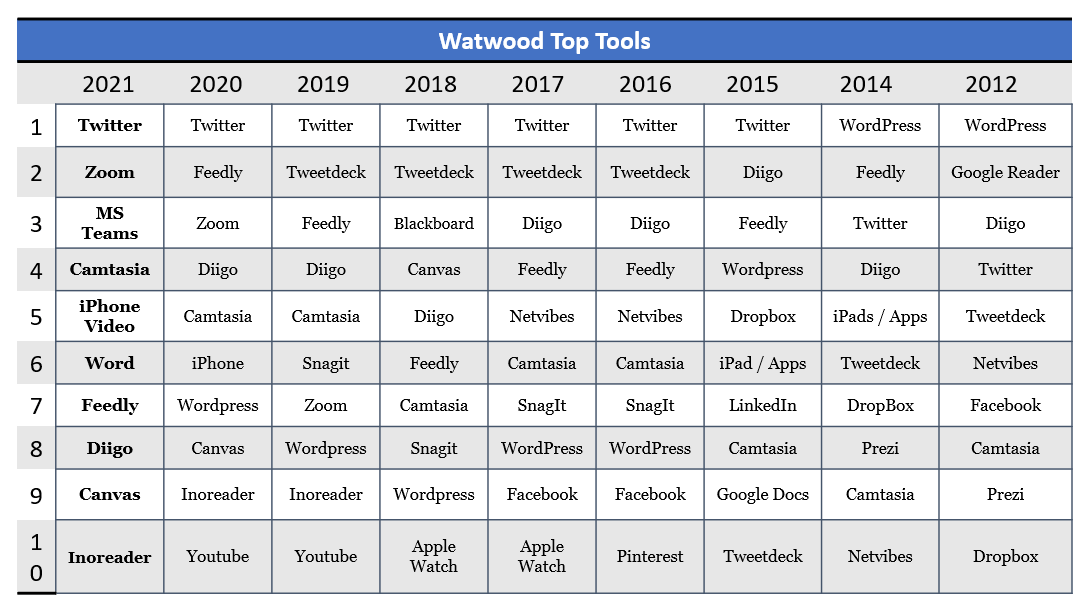 It is interesting – at least to me – to consider how my tools ranked in this year’s list. 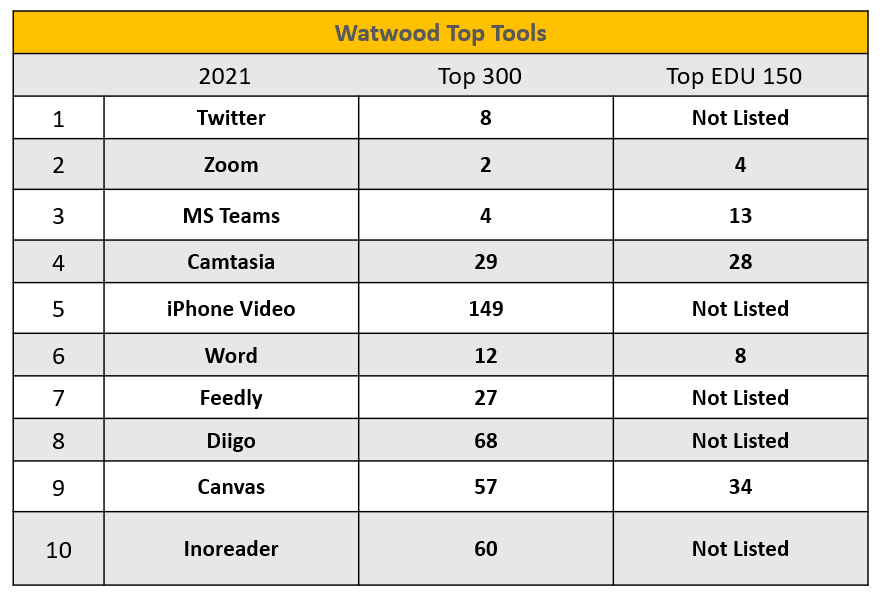 So, every tool I submitted showed up in the Top 300 … but it is interesting that, as an educator, half of my tools did not make the Top 150 Tools for Educators.  I do not want to read too much in to this, but it was surprising to me to find that Twitter, a well ranked social media platform, did not – but Facebook (#10) that I refuse to use for its privacy and data mining habits, as well as WhatsApp (#15)  and Telegram (#26), do appear in the EDU list. The social media platforms LinkedIn, Instagram and TikTok also did not make the EDU list.

As I looked through her list, I realized that there were quite a few tools listed that I routinely use, even if they were not my top ten.  In addition to the tools I listed in my top 10 above, I have used in the last year:

In some ways, this listing I just did reinforces that we actually tend to use lots of tools … and that a Top Ten is a bit limiting!  Just as Jane for the first decade listed her Top 100 tools for learning, and then for the past four years listed her Top 200 tools, her decision this year to list the Top 300 aligns with my own growth in using digital tools.  Of course, one could surmise that the lockdown and pandemic had some role to play in this growth as well.

Her Top 300 list had 111 new tools, also indicative of digital tool growth and diversity.  Some of these new tools have shown up in discussions in my Masters level EDU6323 course, Technology as a Medium for Learning, as well as my doctoral ILD831 course, Leadership and Technology.  Tools that surfaced in this year’s discussions included Panapto (#83), Mendeley (#144), Google Drawings (#148), Pear Deck (#187), Perusall (#216), and TikTok (#261).

Rather than take the time to link to each of these tools, Jane had already done that in her Top 300 and Top EDU 150 lists, so if you are interested in any of these tools, check her site out!

As we figure out what the new normal will be, this will be a good list to both use and watch in the future.  As Kevin Kelly noted in his book The Inevitable, it seems inevitable that the future of learning will increasingly be digitized … and yet, we humans will still be needed to provide focus and guidance to the learning journeys … both of our students and ourselves. 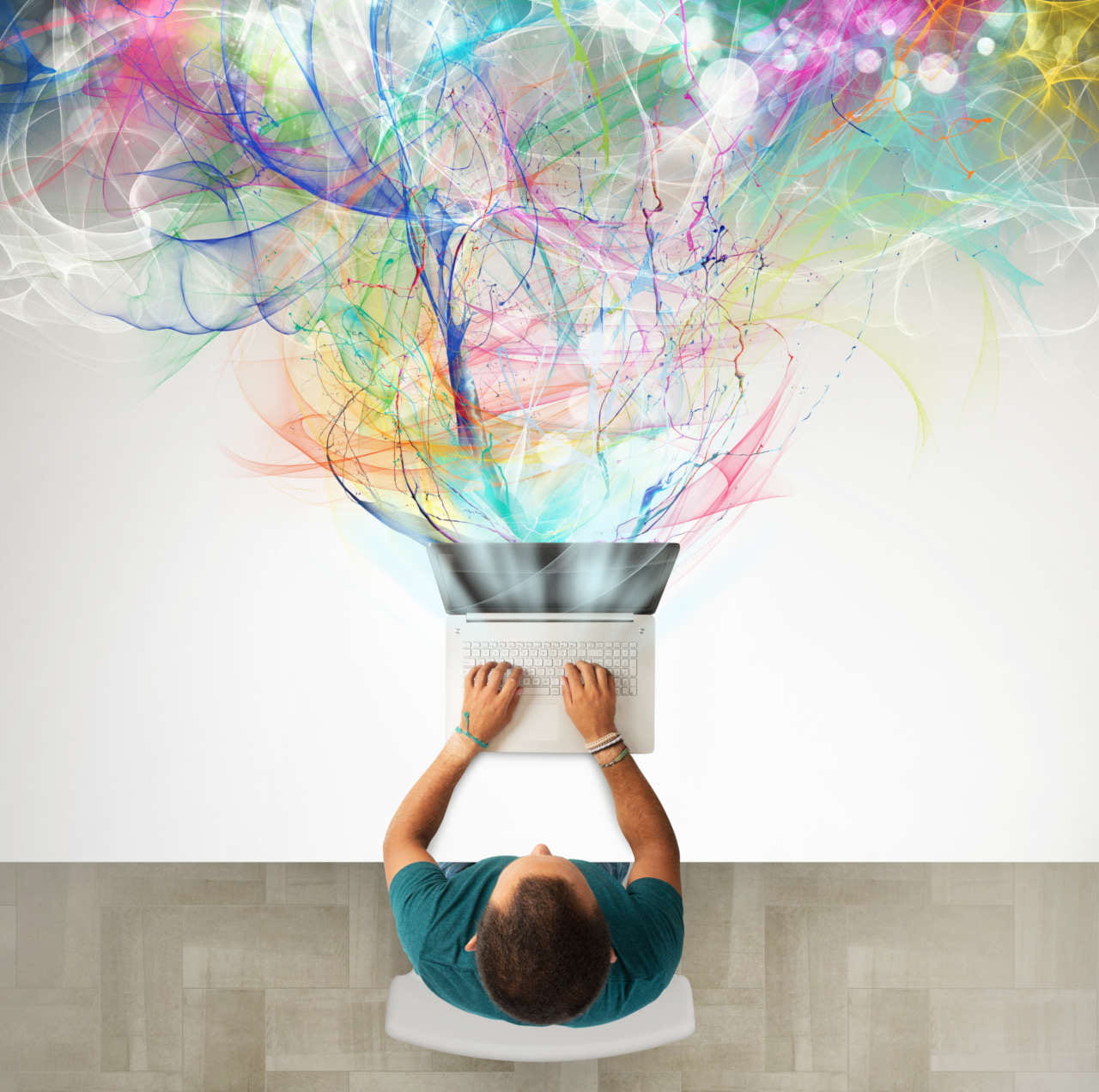 One thought on “Tool Reflections”