There have been many studies on the usefulness of peer review in higher education particularly for facilitating online learning (Carlson & Berry, 2003; Raadt, Toleman, & Watson, 2005). There has however, been contradictory evidence as to the reliability and validity of peer assessment (Brown, Bull & Pendlebury, 1997; Topping et al., 2000; Segers & Dochy, 2001) as it has been suggested that good students under rate their performance and less accomplished students often over rate their performance (Dochy et. al., 1999; Lejk & Wyvill, 2001).

There has been a lot of focus in the literature on the process of peer review particularly as a tool for providing feedback. There has however, been less emphasis placed on the collaborative nature of the process and its value towards life-long learning. As Collins, Harkin and Nind (2001) explained “good learning is collaborative both because of the centrality of communication for learning and because thinking is, itself, a social practice” (p.110).

Margaret Riel, James Rhoads, and Eric Ellis (2006) in “Culture of Critique: Online Learning Circles and Peer Review in Graduate Education” noted that early schooling required students to acquire knowledge alone, but that much of graduate education required collaboration and group critical analysis.  They suggested that peer feedback led to deeper learning due to the evaluative processes used and the give and take of examining alternative approaches.  For peer review to be effective, one of their findings was that trust was crucial.  As Palloff and Pratt (2007) suggested, trust develops when a community of learners is created. 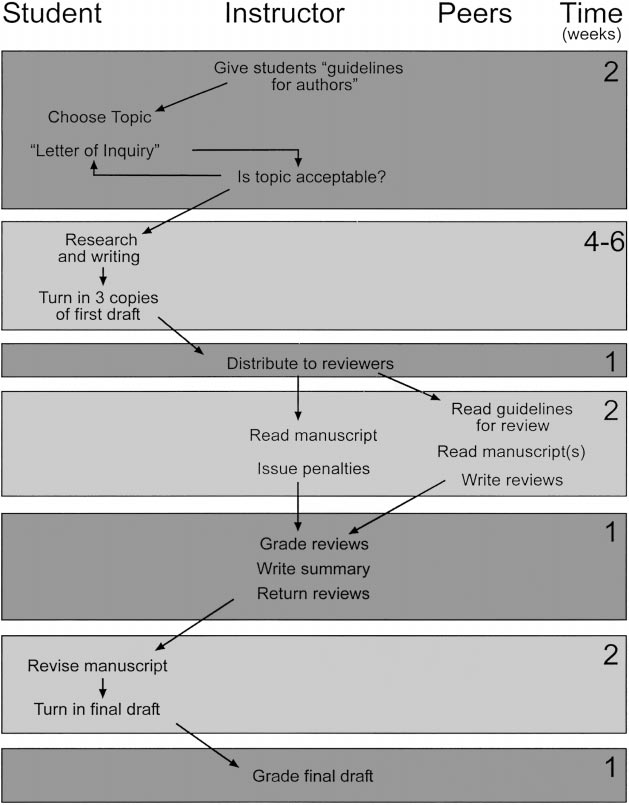