The latest issue of Innovate ezine contains an interesting article by Pu-Shih Chen, Robert Gonyea, and George Kuh entitled, “Learning at a Distance: Engaged or Not?”  My first thought on reviewing it was that this was yet another “no significant difference” study…but I was wrong.  While noting initially that many senior academic officers expressed the belief that online learning is inferior to campus-based learning, these three questioned these assumptions through a fairly robust study that used the well-established database in the National Survey of Student Engagement (NSSE). 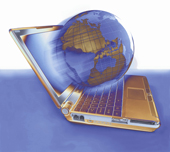 The authors of the study hoped to answer three questions:

For purposes of their study, distance learners were defined as first-year or senior undergraduate students who took all of their courses via the Internet in the spring term of the 2005-2006 academic year.  They reported three findings:

The authors concluded that their results suggest that distance learning was comparable to face-to-face learning, at least in terms of student engagement in effective educational practices.  I took a slightly different message away.  First, a mantra I have said for several years, the delivery method (online versus face-to-face) is less important than the activities undertaken by the teacher and students.  Chickering and Gamson’s Seven Principles for Good Practice in Undergraduate Education work equally well on campus or online, and those principles presuppose active engagement by the teacher as well as the students.

Second, the differences noted in this study between older students and younger students to me aligns with the growth in social interactions of the Web 2.0 generation.

“Student engagement takes many forms—intellectual challenge, active and collaborative learning, meaningful interactions with faculty, and the perception that the learning environment is supportive of the student’s efforts to overcome obstacles to learning.  Active and collaborative learning is the one area in which distance learners fell short of their campus-based counterparts.  {my italics} In part, this seems to be an artifact of activities related to group-based interactions such as working on projects during class or outside of class. These kinds of experiences are associated with desired outcomes of college such as satisfaction, persistence, and intellectual and social development.”

I would suggest that active use by faculty of the many new web-based social tools could provide the avenues for the types of active and collaborative engagement that these authors found missing from many online courses today.   The digital natives entering our colleges and universities already use socially engaging applications for personal use, and adoption and use by faculty could spread the engagement from the younger students to older students.  It will require thoughtfully designed online activities, but engagement is and should be a two-way street!

As always, I would be interested in my colleagues thoughts and responses.