I am continuing to explore the 2017 Deloitte Global Human Capital Trends report, which looked at the challenges ahead for businesses and HR professionals. I have been looking at it from a faculty development perspective..but the sixth trend intersects both my faculty development side and my leadership education side.  As I have noted, the report is based on analysis of a survey of more than 10,400 business and HR leaders globally, and noted ten trends.  So far, I have discussed the first five trends, with the fifth in my post yesterday.

The sixth trend is on leadership disrupted, which sits nicely at that intersection I noted.  The report noted that high-performing leaders today need different skills and expertise than in generations past…and I would suggest that the same could be said of faculty.  The report noted that leadership capabilities has not kept pace with the kind of accelerating digital disruption Tom Friedman discusses in his book Thank You For Being Late: An Optimist’s Guide to Thriving in the Age of Accelerations.  The report stated that these disruptive times do not call for a stronger leader, but rather a different kind of leader, “…a new breed of younger, more agile, “digital-ready” leaders.”

The report suggested that many CEOs do not understand the gravity of this issue, with 67% of executives in a recent survey stating that technology, not people, would drive greater value.  In fact, 64% saw people as a cost, not a value.  One wonders how faculty might respond to a similar survey, given the focus at many universities for research over service and teaching.

The report stated that the concept of “leader as hero” is an outdated concept that no longer scales.  Back at the end of 2015, Michele Martin discussed this concept in her post “A Deep Dive into Thinking about 21st Century Leadership” – a post that has since become assigned reading in my Creighton University Technology and Leadership course.  Michele noted that in the past, we wanted leaders who had all the answers.  This concept is flawed, and as Michele noted:

“This breeds passivity and dependency, of course–we turn our problems over to the leader and wait for him/her to figure it out. It also sets up a hierarchy of leaders and followers that leaves large numbers of people on the outside when they should be right in the thick of things. My personal belief is that everyone is a leader and that everyone’s job is to help that inner leader emerge.”

The Deloitte report aligns with Michele’s thought…that leadership is a team effort, and that organizations should recruit and internally develop leaders who can work together, complement each other, and function as a team.

Imagine a college classroom that embraced these same notions.  Faculty as host, not hero.  Faculty and students working together to learn, complement each other, and function as a learning team.  With the increasing acceleration of knowledge development, it no longer seems credible to see faculty as content experts….but rather as learning process experts.  David Weinberger in his book Too Big To Know stated: 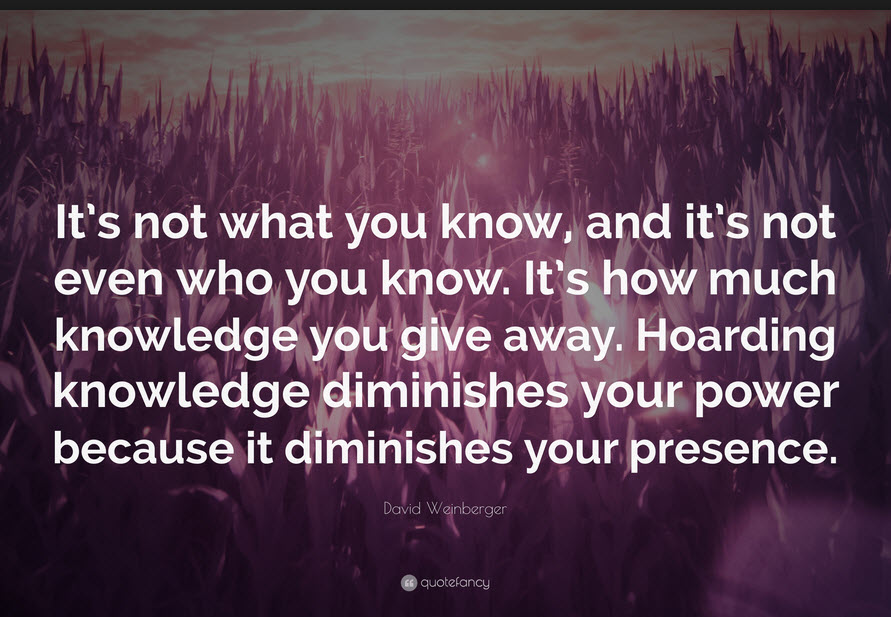 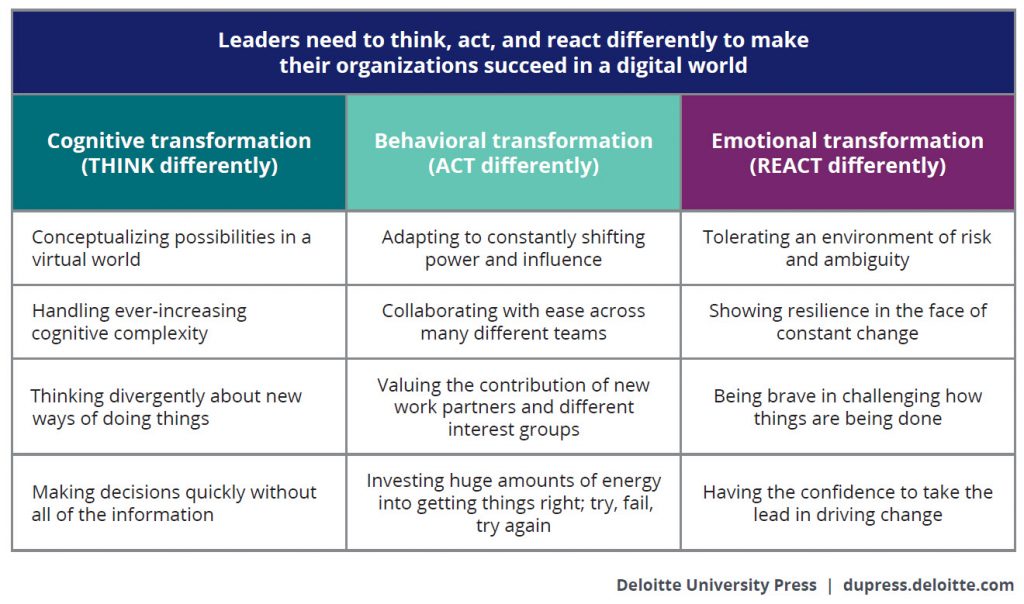 I like this breakdown of needed transformations into the areas of cognitive (thinking differently), behavioral (acting differently), and emotional (reacting differently).  It is dated now, but I always liked the philosophies put forward by Lundin, Paul and Christensen in their 2000 book Fish: A Proven Way to Boost Morale and Improve Results.  The four basic concepts unfolded in this book – which to me seem to align with the three areas above:

Being present today means something quite different than it did 17 years ago…and yet, one could make the case that focusing on people is becoming even more critical in this disruptive digital age.

What would a faculty development program … or process … look like if one’s aim was to help faculty and their students choose their attitude, learn through play, make each others’ days, and be present for each other?  With the accelerating changes brought by the digital era (as well as the globalization and environmental changes Friedman adds), how should faculty … and their developers … think, act and react differently?