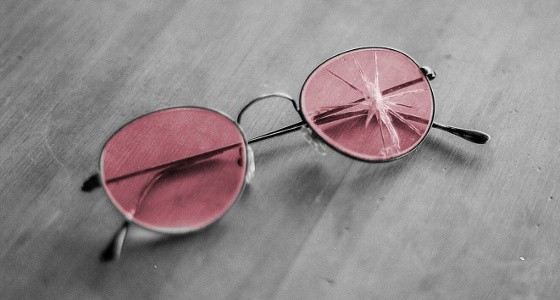 I am … and have always been… an optimist.

I am a glass half full kind of person.

So I tend to see the opportunities more than the perils.

Over the past few weeks, a firestorm has erupted over news that Cambridge Analytica, the data analysis firm that worked on President Trump’s 2016 campaign, pilfered the data of 50 million Facebook users and secretly kept and used it. This revelation and its implications, that Facebook allowed data from millions of its users to be captured and improperly used to influence both the presidential election and across the pond – the Brexit vote, raised questions that are still being answered by the embattled social media giant…which, were it a country, would be the third largest country in the world!

Many called for users to quit Facebook, while others suggested that everyone should lock down their own data. The hashtag #DeleteFacebook began trending on Twitter. Northeastern published steps for students to take regarding Facebook data.

As many know, I have been using closed Facebook groups in a number of the online courses I have taught over the past 8 years.  Their use offered an alternative to the rather stale Blackboard discussion forum…and many of my students liked both the ease of use and the ease of notification that came with that use.  Discussions in these Facebook forums were typically more engaged and energized than discussions in Blackboard.

But that was before this latest scandal. 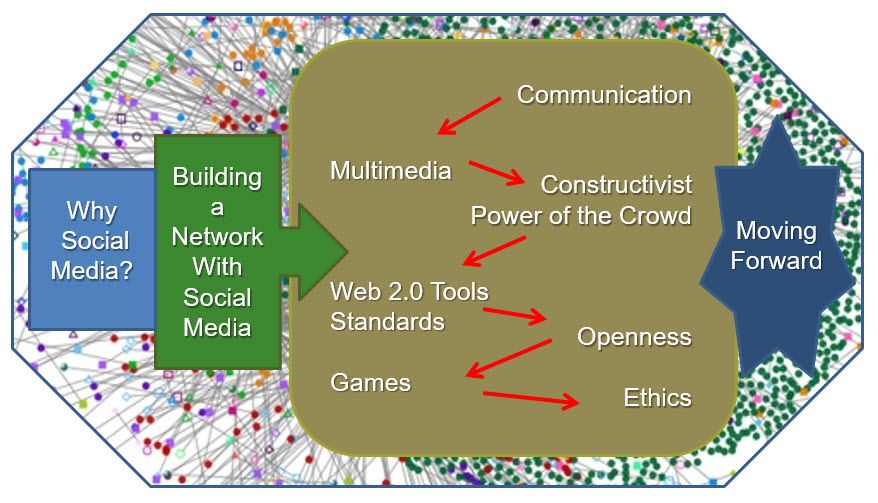 In less than two weeks, I once again will be teaching my course for Northeastern on Social Media for Education (EDU-6333)…as diagrammed above.  It is one of my more enjoyable courses…precisely because I get to know my students better through our social networking.  But over the last two days, I have been restructuring this course to remove the Facebook group from the course.  In the past, I used the closed Facebook group for about a third of the weekly discussions.  Given that the group was closed, I thought that I was protecting the students from others on the web seeing their posts…and I could do this without “friending” any of the students. 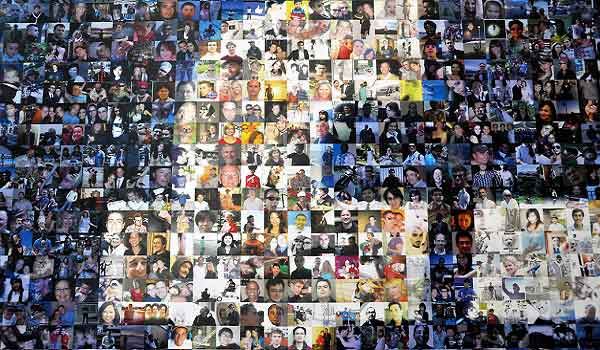 However, given the scope of the data mining activities that have come to light, I can see that I was viewing my use of Facebook through rose-colored glasses.  I no longer feel that – as a professor – I can morally require my students to establish a Facebook account just for my class.  The fact that 90% already had accounts really does not matter.  I plan instead to have my students explore this “case” during the 8th week…when we typically look at standards, guidelines, and best practices.  If nothing else, I hope to better educate my students (and myself) as to issues around our personal data.

This does not mean that my views on the efficacy of using social media for learning have really changed.  I take heart at news stories like the one today about Polyplexus – a Twitter-like service for scientists.  When I asked on Twitter for suggestions to replace Facebook Groups, Ryan Straight suggested Mastodon…which looks promising.

If you want to get away from corporate maybe try a Mastodon instance?

My glasses are still tinted enough that I see opportunities…I just no longer include Facebook in that group.  I have taken the suggested lock down actions…and now I have to decide whether the use of Facebook to stay connected with friends and more importantly, family, warrants its continued use.  I have not pulled my personal plug (yet)…but I have pulled the plug on using it for my courses.

As always, I would be interested in your views.  Anyone else pulling the educational plug?