It has been a busy week but I have had some enjoyable experiences.  Last night, I covered Jeff Nugent’s class, Learning with Digital Media, while he was at the POD Conference. Today, I worked with the faculty of the Occupational Therapy program on instructional uses of the web.  In both cases, I got to see light bulbs come on as people realized that it was not blogging, or twittering, or screencasting, or Slidesharing, or any specific tool – it was the mix of tools that made the difference.

With the Mass Comm class, we spent time talking about YouTube and Michael Wesch‘s An anthropological introduction to YouTube.  This class of juniors and seniors were pretty insightful in examining how YouTube, which has only been around less than 4 years, has become a cultural landscape where people are connecting, communicating, and sharing multiple aspects of their lives.  Several of Jeff’s students blogged about the video in his class sandbox.  I particularly liked how one of Jeff’s students, Frances, stated it: 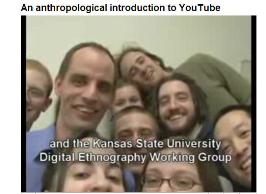 “Throughout the course of the semester, I have been looking at the tools we learn about on an individual level, interacting with them accordingly. I appreciate how Welsh shows the audience how all the tools really connect as a user-generated machine. A video is created in Youtube and tagged through user-generated aggregation sites like Digg and Delicious.  RSS feeds then serve as user-generated distribution. Content can ultimately get more and more views depending on what users like and find interest in. It is truly a massive user-dependent media machine. This knowledge makes me feel like my interaction makes me a part of the process.”

This morning, I met with the OT faculty as part of their every-two-weeks professional development.  A month ago, Jeff had spent time with them discussing what the research suggested about how people learn and how students are using technology.  My job was to follow up with a discussion on instructional uses of tools.  I therefore surveyed them this week to see their level of interest on ten different web applications.  The results were mixed, but in general the interest across the board was high.  So we spent two hours today playing.

We started by creating a wiki in Wetpaint to hold the resources we found.  We then spent time discussing possible uses of blogs.  One faculty is taking some students overseas this summer and saw the blog as a way these students could both reflect on their experience and stay connected with their peers back home.  Super idea!!!  From blogs, we played with Twitter (with a tweet arriving from Jeff at POD).  From some of the tweets they saw, we jumped into Flickr, which led us to SlideShare, and then back to Delicious.  Lee Lefever’s CommonCraft videos got quite a workout!  What they began to understand was how interconnected my network was across all of these tools…and they began to conceptualize how that fit their world. 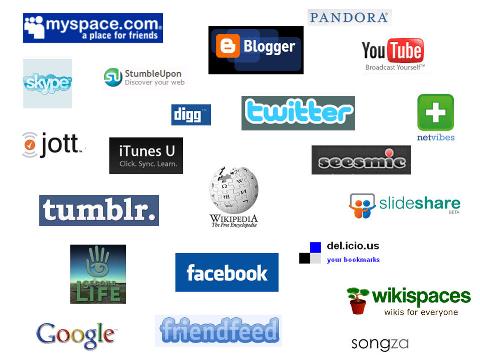 3 thoughts on “The Interconnected Tool Set”