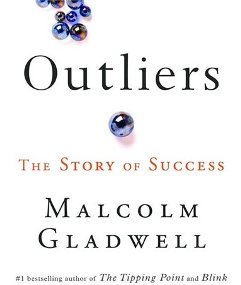 I have just finished reading Malcolm Gladwell’s Outliers: The Story of Success (2008).  For those who have not yet read it, it is a terrific book.  Rather than focusing on intelligence and ambition as cause agents for success, Gladwell instead argues that success is more complex, linked to chance events and accidents of birth.  Gladwell makes the case that star athletes tend to be born in the first four months of the year, that software giants were all born around 1955, and that Asian cultures do better at math due to their rice paddy mentality of year-round work.  If that does not make sense to you, read the book – I think you will be surprised at the logical case made by Gladwell.

This emphasis on practice got me thinking about our approach to faculty development and web applications like blogging and Twitter.  For the past year, several of us in our Center for Teaching Excellence have been swimming in the Web 2.0 stream, immersing ourselves in blogging, Twitter, Yammer, delicious, SlideShare, Ning sites, and the like.  Our assumption has been that we needed to “spare” faculty of the time needed to master these applications.  By nature of their position and responsibilities, we felt that they were too busy to spend the time we were spending  practicing with these applications.

Now I am not so sure.  Gladwell would seem to suggest that these hours of “practice’ in blogging and Twitter are exactly what is required for success.  In fact, the hours we spent this past year in no way approach the 10,000 hours needed for true mastery.  In many ways, after one year we are still neophytes ourselves.

If that is true, it would seem that we need a new approach and a new “sales pitch” to faculty development.  What are your thoughts?  Is Gladwell on to something?  Is success as simple as hard work and practice?  If one sees compelling teaching and learning possibilities using web applications – in terms of connections, community, and collaboration – then will faculty be open to practicing with their students as they use these applications?  And does one need to put in the hours he suggests?

Be interested in your thoughts.  I would not like for those of us using these applications to be the outliers!