A week from tomorrow, I am scheduled to lead a Brown Bag lunch session on “Building Community and Connections Through the Web.” 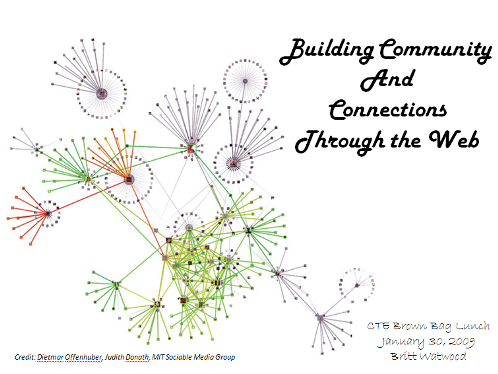 Bud Deihl and I were brainstorming this session (and he earlier also blogged about it).  As we talked, we realized that “community” is very nuanced.  The following slide emerged from our white board doodling: 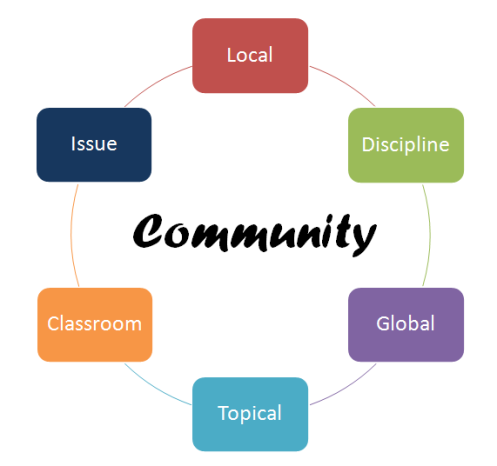 So that got me wondering.  I belong to many communities.  Some of those communities overlap and others do not.  I use different tools with different communities.  In discussing the tools and their use to build connections, I thought I would tap into my blogging community to see how you would list tools matrixed with communities?  Does one tool suffice?  Do conversations in one tool spill over into other tools?  Are certain tools optimized for certain communities?

Some obvious tools that could be discussed as part of building community and connections include:

What am I overlooking?  Be interested in your thoughts.

9 thoughts on “Communities and Tools”