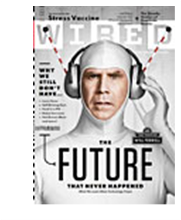 Wired Magazine in the August issue has a cute article discussing the future that never happened.  When I was growing up, I watched the Jetsons and Johnny Quest every week, but the cold reality is that my flying car and jet packs just have not materialized.  But while that is true, the world has changed in ways George Jetson would never have imagined.

I was thinking about that as I read a new article from the Gartner Research.  Tom Austin gives his predictions in “Gartner Says the World of Work Will Witness 10 Changes During the Next 10 Years”.  I am not saying that I disagree with Tom when I said I thought about the future never happening.  Tom is a group VP, Gartner Fellow, and research area lead for applications that augment how people work.  A smart guy who I think is on target.  My concern is with higher education.  I am worried that higher education will continue to assume the future looks like the past and will not readily adapt to these coming changes.

Given that I spent twelve years in community and technical colleges, it should not be surprising that I see a strong role for higher education in preparing our students for the world of work that Austin discusses.  One could argue that higher education has a mixed record when it comes to the efficacy with which it has performed that role in the past, but with the world changing so radically, it is becoming more of an imperative.

In the article, Austin notes the following changes that are coming:

1. De-routinization of Work
Every job can be described in terms of skills required. Austin suggests that routine skills will be automated, and increasingly, jobs will be marked by the non-routine; areas like “discovery, innovation, teaming, leading, selling and learning.”

2. Work Swarms
Austin labels a new form of teaming “swarming”, which form swiftly to meet a specific need, often with individuals outside the organization. David Weinberger might label this crowdsourcing.

3. Weak Links
With swarms, the strong ties of typical networks give way to looser ties.  I tend to visualize the nearly 500 people I follow on Twitter that way.  I would not be following them if there was not some connection to me and my work, yet I could not say those are strong links.

4. Working With the Collective
Austin calls the informal organizations that exist outside direct control of an enterprise, but groups that can impact the success or failure of that enterprise, “the collective.”  Increasingly, businesses will have to tap in to the chatter in Twitter, Facebook, and other social media to ferret out business intelligence. An example of that occurred to me this past weekend, when Sears replaced my home air conditioner.  The work did not complete on time, requiring an unexpected motel stay.  When I tweeted my frustration to no one in particular, I was contacted by Sears social media group, who are now negotiating some compensation for my troubles.  Good on Sears for doing that…it is an example of a business tapping in to the collective.

5. Work Sketch-Ups
If work is becoming more non-routine and crowdsourced, then detailed plans will be a luxury.  Many plans will be done using informal sketch-ups and fly-by-the-seat-of-ones-pants.  Messy but agile, which will probably be the competitive mark of the future.

6. Spontaneous Work
Spontaneous does not mean reactive, rather it is a proactive attempt to identify new opportunities. Sounds like the work we do in our Center for Teaching Excellence!

7. Simulation and Experimentation
Austin suggests that the film Minority Report will illustrate the future of work, where individuals will seamlessly shift through a hyperlinked world to examine the analytics and look for new patterns.

8. Pattern Sensitivity
Spotting and adapting to new patterns will become increasingly important, because much that happens in the world can no longer be predicted by a linear model.

9. Hyperconnected
Hyperconnectedness not only applies to the ubiquitous nature of the web and its impact, but also to the multiple connections businesses will have with both formal and informal groups of people.  Relationships will therefore increase in importance.

10. My Place
People will still have a “place” that they think of in conjunction with work, but that place may or may not be affiliated with a formal organization.  The nine-to-five job will fade in favor of the 24/7 virtual worker.

So what do these ten changes suggest for higher education?  Some degree program seem to look to the past to predict the future.  Austin would suggest that is foolish.  Having said that, let me be quick to note that not all institutions of higher education think this way.  I love the  Daniels College of Business at the University of Denver advertisement campaign that ran last year, which they called The Top Ten Jobs of 2015 Don’t Exist Today.  They get it.  If one agrees that higher education should prepare students for the future, then we need to prepare students for jobs that do not currently exist.  Memorizing facts alone will not help these students…but learning how to learn and how to think critically will. 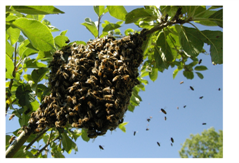 I like the concept of work swarms.  I can see a parallel with the Massive Open Online Course that George Siemens and Stephen Downes conducted last fall. With 12,000 learners in a single course, George and Stephen could not “teach” in the classic sense.  Instead, they facilitated and developed an environment in which the learners could take ownership of their own learning.  In the near future, I can see faculty members listing the facilitation of learning swarms on their CVs.

This fall, I will be having my grad students blog rather than use the safe discussion board inside the walled garden of Blackboard.  I have always enjoyed facilitating discussions in online classes and have done so for a dozen years.  But I increasingly feel that I am not preparing my students for life in the hyperconnected world…and if I do not prepare my students (who are all K-12 teachers), will they be equipped to prepare the next generation that is rising through our school system.  If my personal learning network is any indication, there is power in the swarm.  Our students need to experience that power.

I do not have the answers, but I feel that I have to start adapting and reaching out to others who are adapting, so that we can prepare our students.  What is your take?  Is your school system or college or university on top of these changes, beginning to react, or not even aware they are coming?  I would be interested in your views.