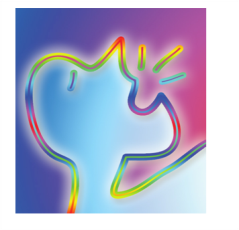 At a meeting this week, my colleague Mary Secret was discussing her online classes.  Mary has been an active member of our Online Advisory Committee and teaches both online and face-to-face in our Masters of Social Work program.  She had done research in assessing online classes, and she suggested that it would be good if we researched the “voices of our students” online.  That phrase has stuck with me all week…driven by my own students and some fascinating things that I am seeing them do this semester in my class.

In my graduate online class, ADMS 647 – Educational Technology for School Leaders, we have been blogging weekly around a variety of topics.  My students are all Visiting International Faculty working on their Masters in Education, and none had actively blogged before.  The establishment and development of a blog was the first order of business in our class, and they all successfully started a blog on the open web.  As future school administrators, I thought it important that they spend time on the open web, with all the inherent problems that might create.  As their blogs started, they really had no preconceived notion of what I expected, so their posts took on the format of a paper digitally submitted through a blog. During the first four weeks, the students explored and posted their research on a collection of web tools that could be used instructionally.

Their blog posts began to show a shift as they reflected on that initial journey.  In a short four weeks, they had moved from being fearful of the web to being enamored with it.  Their successes at posting multimedia presentations through their blog brought home some of the possibilities that this class was designed to showcase.  Importantly, the tone in their blogs became more personal, and the commenting between and among students  increased as well.

Over the past three weeks, we have explored areas that fall in the seamier side of the web, such as the rise of the cyberbully or the slanderous uses of social networking.  We also discussed a perennial sore point – the degree to which the internet is blocked in schools.  It has been eye-opening to the students – all of whom are practicing K-12 teachers. Their blog posts have become more emotional as they internalized some of the issues educators face on the web.  As that occurred, it appeared that for some, simply typing a response was not enough.

So a fascinating thing has occurred over the past two weeks.  Several of my students have begun to record videos where they talk through the issue under discussion for the week.  To be honest, it caught me by surprise.  I am grading their weekly blog posts, and it is actually easier to grade a text-based product over an audio-based one.  I can also read faster than I can listen…giving me an appreciation now on why some undergraduates listen to podcasts at double speed!  Yet, I find that the ability to hear inflections of voice adds a new dimension to these student blogs.

I am glad that they are not all doing it…though it may catch on.

What I do find interesting is how blogging – and the ownership of a blog – changes a dynamic in student-teacher communication.  When I first started teaching online a decade ago, I tended to have weekly discussions in the discussion boards and papers every few weeks, which I would mark up and return with a grade.  The shift this year to a blog format has allowed both the “discussions” and the “papers” to merge into a new format.  My students have been reflective and operating at a higher level of Bloom’s Taxonomy in their posts.  They have also experimented with incorporation of aspects of Web 2.0 into their posts.  So we have seen, in addition to the videos mentioned above, experimental use of Wordle and Slideshare as aspects of posts.  This has definitely shifted aspects of my class from one controlled by the faculty to control in the students’ hands.  A student-centered approach to learning…what a concept!

It has been 15 years since Barr and Tagg published “From Teaching to Learning” in CHANGE magazine, and yet in all that time, nothing I have done in my classes has had the impact on my teaching that student blogging has. 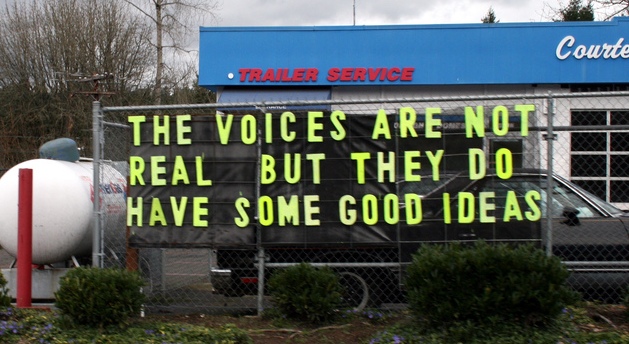 This was a cute road sign snapped by Major Clanger on the Beaverton-Hillsdale Highway, between Portland and Beaverton, in Oregon, and posted to Flickr.  What I like about my student voices is that they are very real…and they contain some good ideas.  They use of student blogs is transforming how I teach.