This coming week, students in ILD-831 will be exploring tools for learning, including the analysis of a specific tool that they chose and exploration for how that tool might impact leadership.

Meanwhile, in my EDU-6323 class, several students commented that articles such as Mike Wesch’s (2009) From Knowledgeable to Knowledge-able and EDUCAUSE’s (2015) Next Generation Digital Learning Environment (NGDLE) were out of date. One noted that the EDUCAUSE report was written three years ago…so where was the next generation of environments?! Would they have not come along by now? Another brought in Phil Long and Jon Mott’s updated “Next” Next Generation article from this past year.

This all got me reflecting on tools and our continual life in beta.

This past fall, I build a new desk for my home office. My previous desk lasted for 10 years, but it was dark cherry and black…and in our new home after retirement, it made my home office seem dim. It also lay in the corner and so I faced a wall when working, with my back to the window. So I wanted a new desk that would lighten my office and allow me to gaze outside. I could not find any plans that I liked, so I designed my own, with two parts that joined at a 45 degree angle. The lower desk was set to a height good for computer work, while the upper desk was set for reading and writing. I chose hickory and ash for the wood, and purposely but haphazardly arranged the boards so that different grains and textures showed. This was as I worked on it… 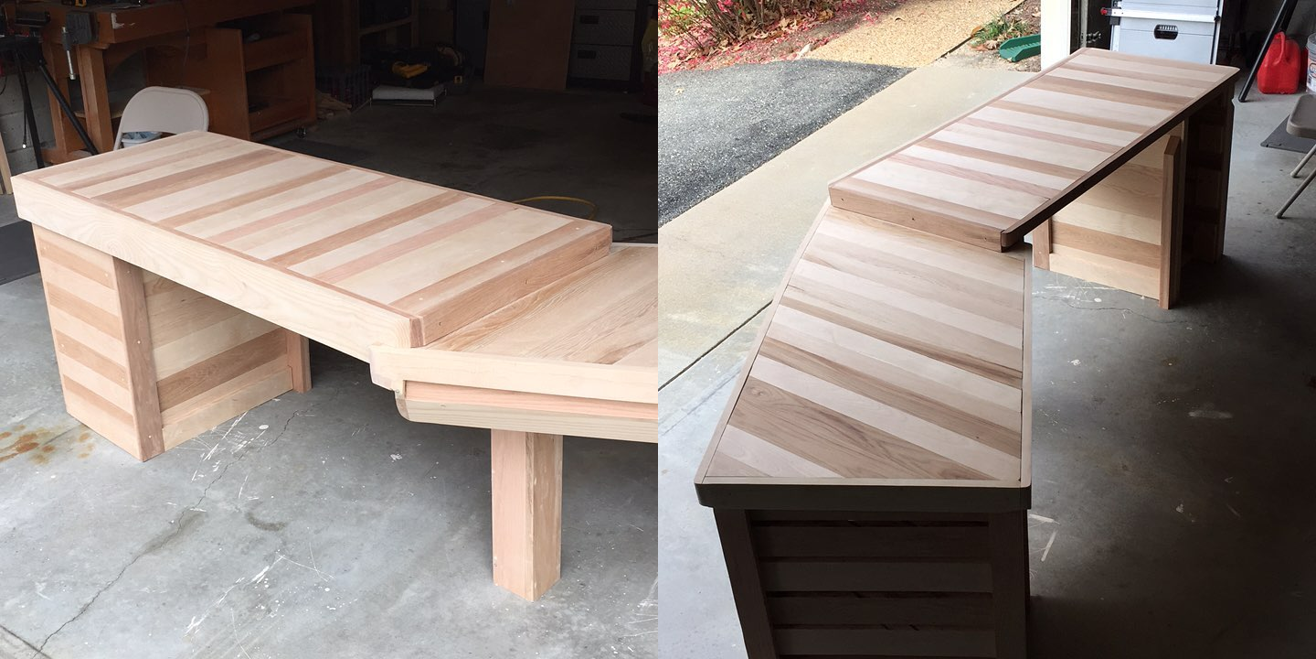 …and then my finished desk in my office: 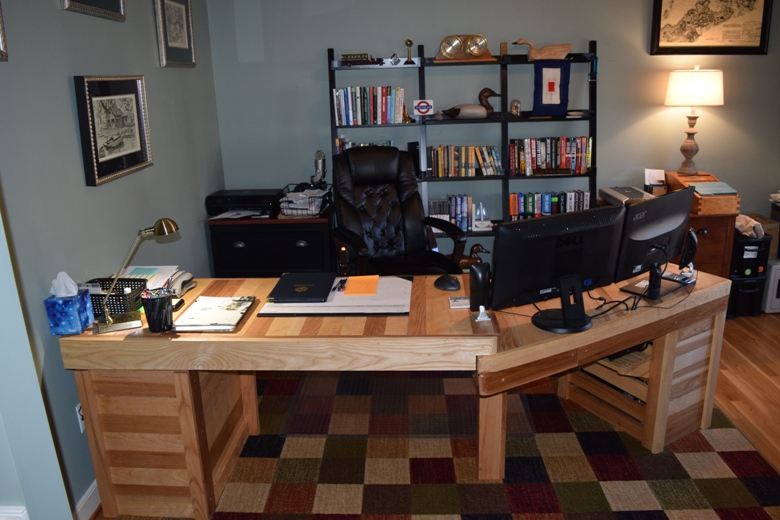 I am pleased with the end result…but building it reinforced that I had not worked with tools in quite a few years…and I was rusty! Because the “plans” lived in my head…I had to revise what I was doing on more than one occasion. I needed Plan B’s as I moved along!

This rustiness with tools might reflect my digital life as well. Jane Hart for 11 years has aggregated the tool use of professionals and published her Top Tools list.

Last year, I submitted my list of top tools to Jane, and noted that nothing much had changed in the past five years. 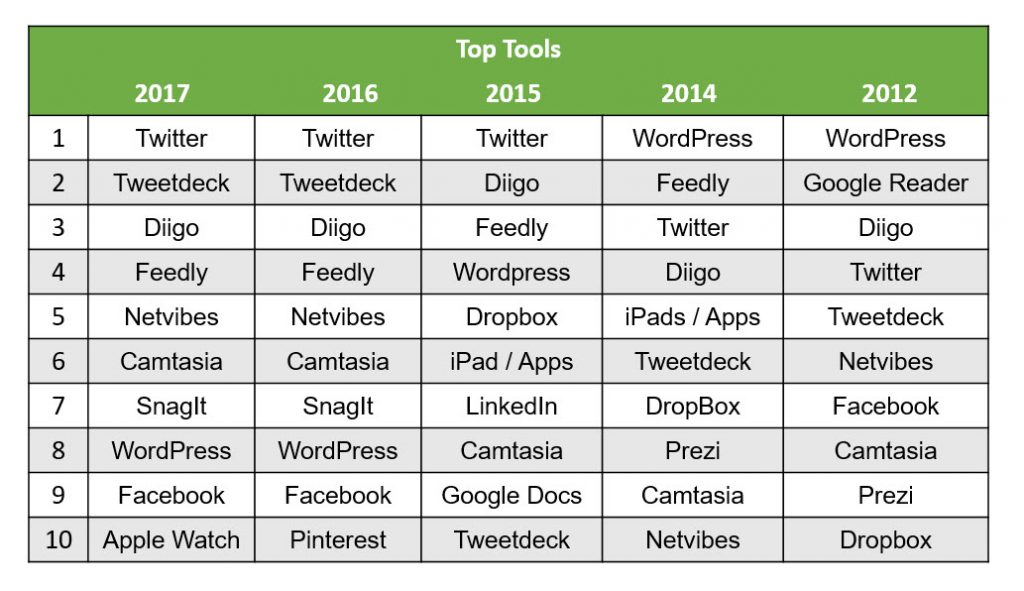 I have been teaching online a long time…yet an LMS had not made my top ten list for the past few years. Given my students’ comments about LMS’s, I noted to them that while “a platform” certainly helped in online teaching, I was not wedded to “the platform”…be that Blackboard or Canvas or any other. In the 23 years that I have taught online, I have used Lotus Notes (before there were LMS’s), Blackboard, WebCT, Angel, GoogleSites, Desire2Learn, Canvas, and even a home-grown WordPress site. The platform was not as important as what was done with students through the platform.

The same could be said for my choice of learning tools. The tool itself is not critical, but what I do with it is.

For instance, I think it is important to engage with students across multiple communication paths. I use Twitter / Tweetdeck to engage with my Masters students…as well as engage with my Personal Learning Network, such as the every-other-week tweet chat at #DLNchat. I could just as easily be using Slack or Snapchat or WeChat for these discussions. With my doctoral students, I use blogging for engagement, so WordPress and Netvibes works for me…but my students might be using Weebly or Tumblr or Blogspot as well. Diigo has been my choice for both web bookmarking and sharing for a decade, but some of my students like other curation tools, such as Pearltrees, Raindrop.io, or Pinterest. To manage my RSS feeds (yes…I still use RSS), I like Feedly, but Flipboard or Tiny Tiny RSS work as well. Camtasia and Snagit work well in my PC environment for image capture and media production…but some fine alternatives exist in the Mac world like ScreenFlow…and I still use my Mac Pro on a weekly basis.

Finally, the Apple Watch is new and cool…but alternatives to it are already exploding.

My point is that while I may seem to have been stuck in a rut for the past half decade…I really have been mindful of the purpose behind the tool…and it is that purpose that is more important. If…as has happened in the past…a tool gets dropped, there are alternatives. Jane Hart’s list is a good source for remaining cognizant of what is emerging…and as professionals, it makes sense that we continually explore Plan B.

Ben Franklin said that nothing is certain but death and taxes…and given the current political turmoil, even taxes are morphing. What are your Plan B’s…and what could you be using to make teaching and learning…or leadership…better?