This past week in EDU6323, we explored blogging as an educational process.  My students shared their favorite blogs from Teach 100 and reflected on the fit of blogging in this hyperactive Snapchat world.  For many, they had previously seen blogs as entertaining, but had not considered them as educational.  Some were impressed that niche concerns of theirs were mirrored by specific blogs.  There were mixed views on the efficacy of students blogging, with age being a particularly relevant concern.  They liked Laura Gogia’s post on Why Students Should Blog in Public…but saw this as more relevant to graduate students than K12 students (not sure I agree).  There was also mixed reviews on teachers blogging, with time being the main concern. Again, they liked Steve Wheeler’s Seven Reasons Teachers Should Blog, but also saw this as dated (over 6 years old).

Time flies when you are having fun!

Just think about our world ten years ago.  The iPhone and Kindle had just come out in 2007, and Android showed up in 2008.  Educators were debating the efficacy of Wikipedia.  Facebook had recently opened up to non-college students, and Twitter was only a couple of years old…and neither were in many classrooms.  There was no Snapchat, WeChat, or Instagram.  In the ensuing ten years, we saw the iPad emerge, maker spaces grow as 3D printing became common, artificial intelligence progress, Alexa enter homes, and driverless cars hit the roads.

This emergence of connected people and things over the past ten years certainly impacted me professionally.  In the past ten years, in addition to a wonderful career in faculty development at VCU and Northeastern University, I developed and have taught online courses on leadership in a wired world (ILD-831), integration of social media in education (EDU-6333), and my current course on technology as a medium for learning (EDU-6323), and as well worked with Jeff Nugent and others to co-teach a technology course in VCU’s Preparing Future Faculty program (GRAD602).  I have another course I recently developed on school leadership in a wired world that hopefully will be taught at Merrimack College in spring 2019. 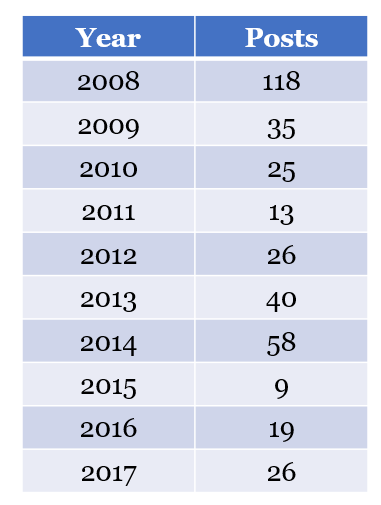 My own use of technology has evolved as well.  I have tweeted over 13,500 times in those ten years, with 1,835 currently following me (and I follow 818 currently).

In those ten years, three posts have hit more than 300 visits…and interestingly, two occurred in the first year.  My most hit posts were:

I shared one of my favorite “Why Blog” videos with my class…Seth Godin and Tom Peters 90-second discussion back in 2009:

Interestingly, one of my students pushed back that all he saw was two old men “boasting” about blogging with no evidence-based proof that blogging makes a difference.  I suggested he go into Google Scholar and explore “impact of blogging on learning”…which in the past year generates over 13,000 results.  But his point is well taken.  I “feel” that blogging has been a positive impact on my academic life and career.  It led to speaking engagements at conferences and job opportunities at three colleges, but more importantly, as Godin pointed out nearly a decade ago, a realization of the power of metacognitive activities.

So what will the next ten years bring?  An interesting question to someone who recently “retired”!  What does retirement mean now?  I see no reason not to continue teaching as long as opportunities unfold.  I see no reason to stop blogging or tweeting…unless the platforms disappear (see Google Reader…).  Five years ago, I noted that NPR had a story about Guy Clark, who at 71 said “”I know it’s still there to be done,” he says. “I haven’t written my last song, for sure. Nor my best one.”  It reminded me then (and still does) that I have not yet had my best blog post … or taught my best class…or had my best innovation – they are yet to come.   Tom Friedman in Thank You For Being Late has noted that the rate of change in technology (and globalization and climate) continue to accelerate.  So maybe it will be a bumpy ride…but I am looking forward to it! 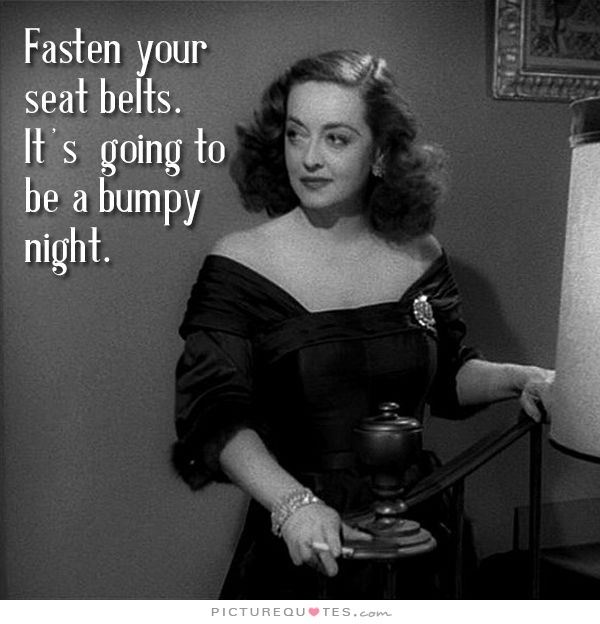