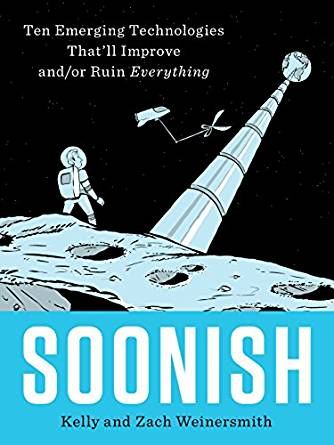 Thanks to Bryan Alexander’s lead, a bunch of us are reading Kelly and Zach Weinersmith’s interesting and somewhat zany look at the future of technology – Soonish: Ten Emerging Technologies That’ll Improve and/or Ruin Everything.  After reading what I would consider to be thoughtful explorations of the future, such as Kevin Kelly’s The Inevitable, Thomas Friedman’s Thank You For Being Late, and Martin Ford’s Rise of the Robots, this book gave some alternative views that still caused one to scratch their noggin and say “Huh?”

The husband/wife team writing the book provide us with both a scientist and a web comic writer…so the book is full of tongue-firmly-in-cheek comics.  For instance, from their website:

I have read the first 7 chapters…and Bryan gives a good review of Chapters 1-3 and Chapters 4-6 on his blog.  The technologies include:

Each chapter gives a run down on the technology, then looks at where are we now, what are concerns, if it worked – how would it change the world, and a concluding nota bene of an aspect to watch closely.

While not optimistic like Kelly’s book (or even Friedman’s book), it does chart out some wonderful “what if’s.”  It is also interesting to read a book written in the past year…but already being eclipsed by the dual booster landing of Falcon Heavy (Cheap Access to Space)…

… and the amazing 1,200 drones of the Olympics opening ceremony (Robotic Swarms in Robotic Construction).

The book website also has a link to an app that provides a nifty augmented reality of the space elevator theme from the cover of the book.  I downloaded it onto my iPad, and this is what I saw (space elevator rising off the book cover): 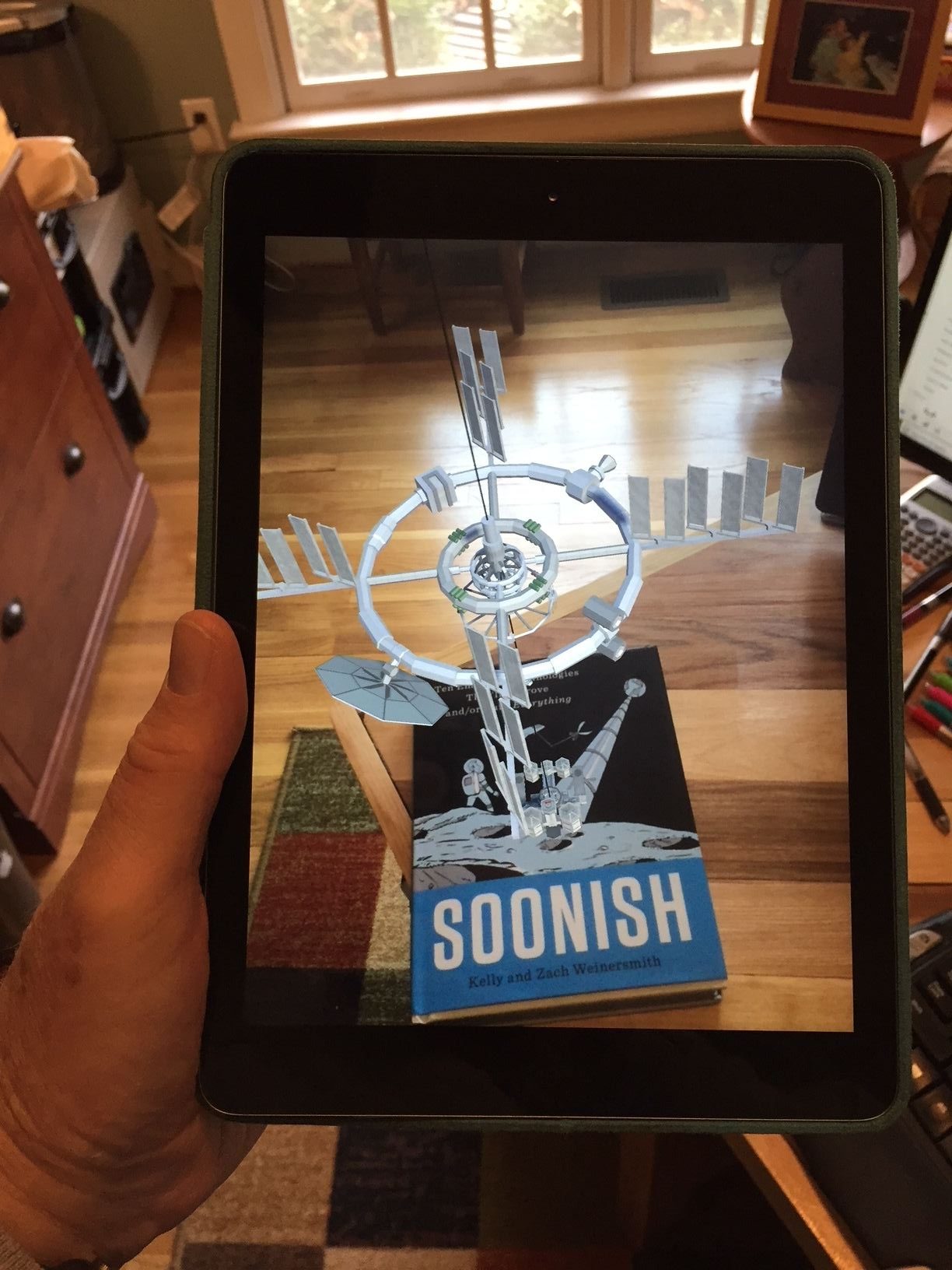 Join us in reading this book.  I would be interested in your take on it!