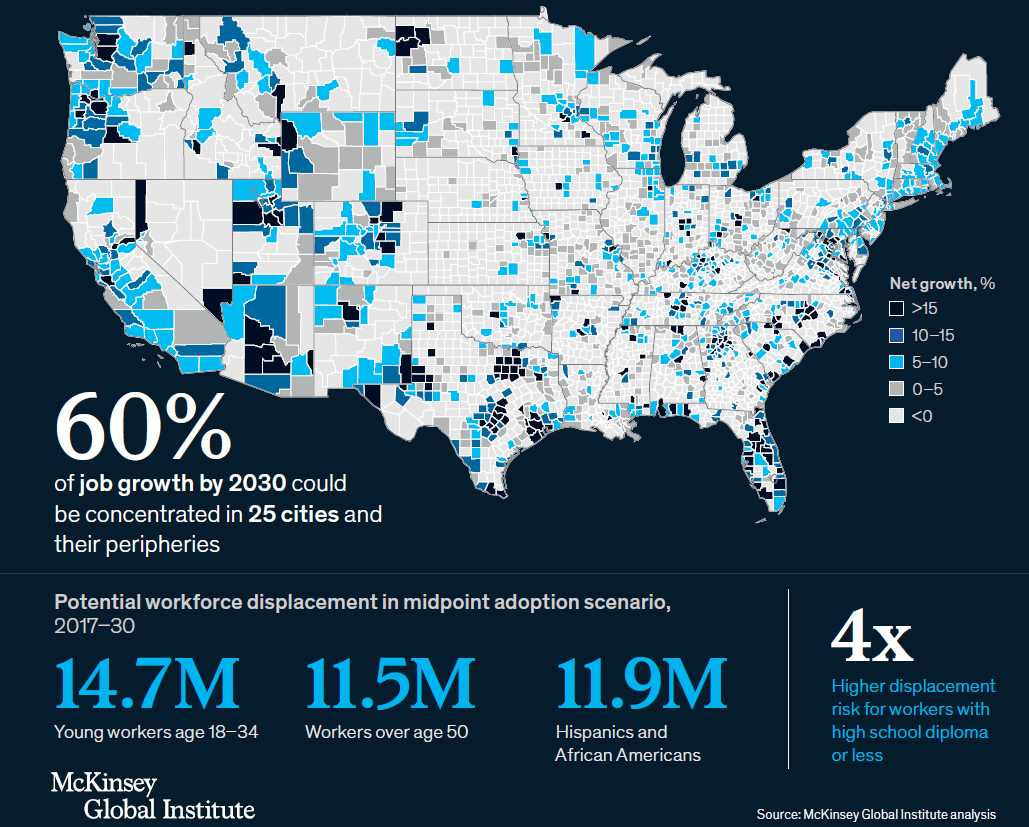 Yesterday, Goldie Blumenstyk of the Chronicle of Higher Education shared a link in her weekly newsletter to The Future of Work in America, a report from the McKinsey Global Institute (MGI).

The future of work has been a topic of interest to me for the past decade, particularly in reference to the doctoral courses in the Interdisciplinary Doctorate in Leadership that I teach for Creighton University, located in Nebraska.  I spent five years in Nebraska and remain in love with the area and people. 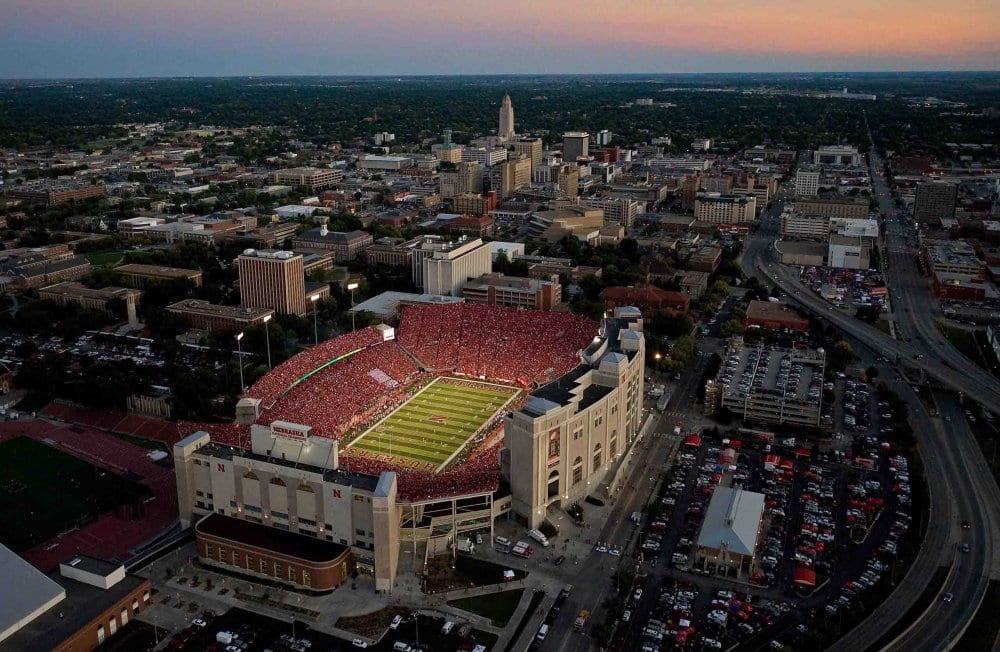 I can still hear Dick Cavett saying “There is no place like Nebraska”…and he was right!

So Nebraska kind of stands out in the map above…as a place of stagnation!  The MGI report goes on to break down how America is a “mosaic of local economies” with not only widening gaps, but differentiated impact due to the coming automation of jobs. 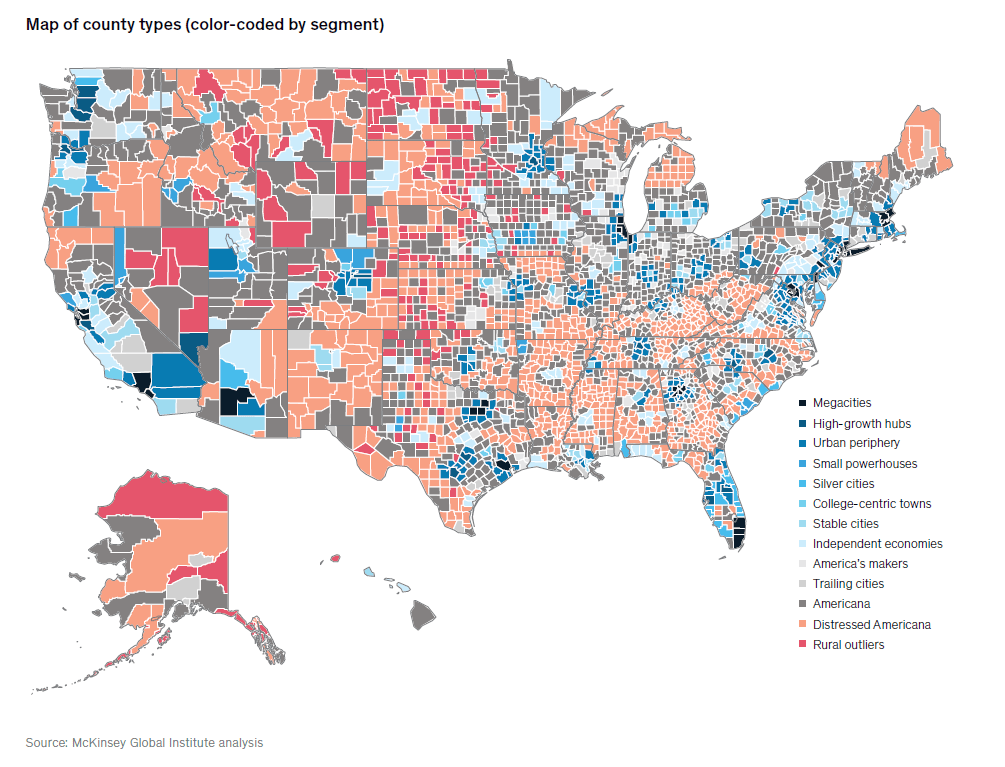 I currently live near Richmond VA and also teach for Northeastern University in Boston.  In both of the maps above, these areas look promising.  The report projects that 60% of job growth by 2030 will be concentrated in 25 cities coast to coast.  However, the same cannot be said of Nebraska, noteworthy in the first map by its lack of color.  As the second map illustrates, it is still primarily rural and agricultural in nature.

Those who know me know that one of the most influential books in my professional life was Tom Friedman’s The World is Flat, first published in 2005.  It factored heavily in the presentation I gave to the Center for Teaching Excellence at VCU the following May 2006 when interviewing for a job (and I got the job!).  This blog title of Learning in a Flat World alludes to this work.  Friedman advocated that the web was leveling the playing field worldwide, such that to stay competitive, American work forces needed both updated work skills and more adaptability.  The fact that I live in Virginia but teach for universities in Nebraska and Massachusetts seems to align with his views.

But maybe I should have paid more attention to Richard Florida.

Florida published “The World is Spiky” in the Atlantic in 2005 in response to Freidman’s book.  Florida noted the concentrations of creative and talented people in niche locations around the world, and suggested that managing the disparities between the peaks and valleys would be a top challenge of the coming decades.

For the past five years, I have started my Leadership and Technology class by having the students review a synopsis of The World is Flat and Florida’s The World is Spiky to discuss – from the perspective of both their location and their field of practice – who got it right.  Many try to wiggle out by taking the view espoused by Hagel in 2012 that the world is both flat and spiky.

The July 2019 MGI report leans much more heavily towards Florida than it does towards Friedman. Yet, as Goldie Blumenstyk of the Chronicle noted, there is opportunity in the areas with little growth – and Nebraska might be the poster child out of all the 50 states.

The MGI report focuses on how automation will disproportionately impact different industries, with high impacts among those least educated. 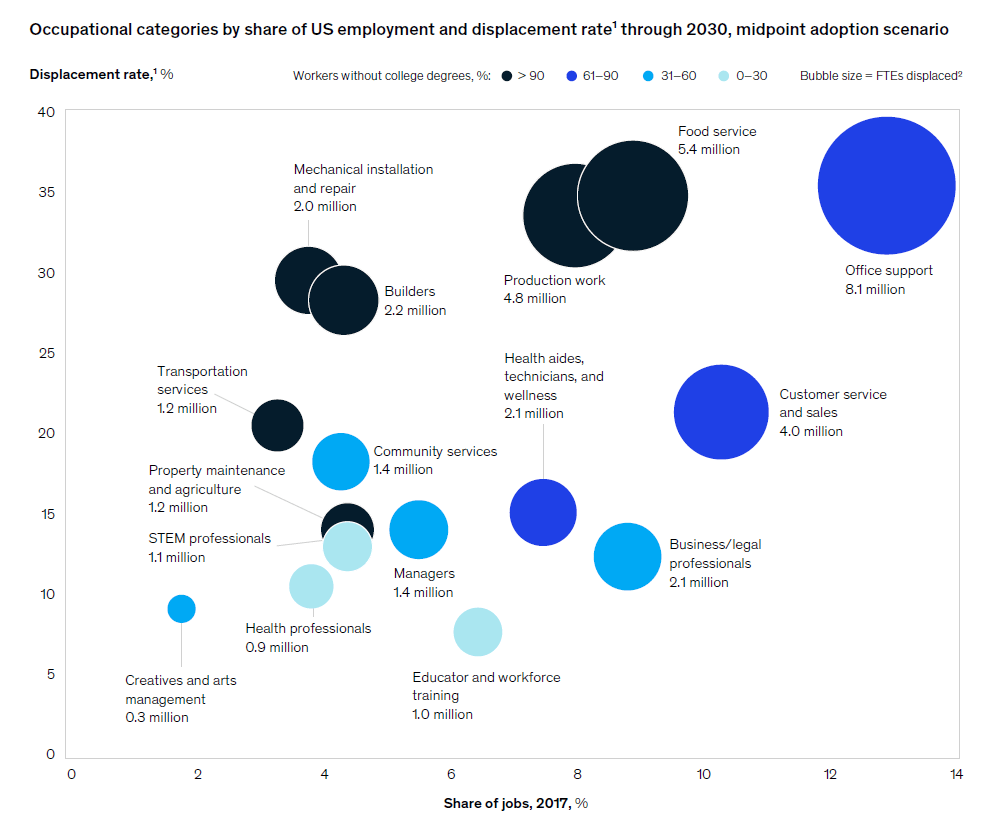 I would suggest that both four-year and two-year colleges and universities in Nebraska should explore the opportunities afforded by offering work skills that – as Joseph Aoun noted in Robot-Proof – no longer focus on jobs of the past but rather jobs of the future.  As the MGI report noted, those future jobs will involve employees adept at critical thinking in the areas of strategy, technology, investment, workflow design, and talent needs.  Aoun suggested in his book that we integrate the humanities with technical fields to develop three new literacies – technical literacy, data literacy, and human literacy.  These new literacies would help students focus their efforts on creativity rather than on the skills that are rapidly becoming out-dated. Aoun added that in addition to these new literacies, higher education needed to also focus on higher-order mental skills, such as systems thinking, critical thinking, entrepreneurship, and cultural agility.  His thoughts align with the MGI report.

Check out the full report.  I focused on Nebraska…but the lessons of the MGI report are true across this country.  Colleges and universities in areas projected to have high job growth will still need to strategically think through how to best meet the needs of their areas.  The opportunities are there!