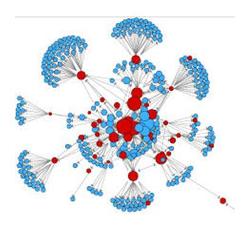 I just completed Clay Shirky‘s very interesting book, Here Comes Everybody: The Power of Organizing Without Organizations (2008). Shirky analyzed how social media is changing the ability of people to organize for change without overlying administrative hierarchies – a change he sees as fundamental to society as the printing press. Wikipedia is a success not because it is brilliantly managed but because it is unmanaged and open – the cost of participation is low and the perceived rewards by those who contribute high. Through blogs and wikis, anyone can now publish (thought there are many examples of some who should not!). Shirky maintains that we are only now beginning to understand some of the implications of social media and its associated power to connect people around specific goals and objectives. He noted (p. 270):

“The most profound effects of social tools lag their invention by years, because it isn’t until they have a critical mass of adopters, adopters who take these tools for granted, that their real effects begin to appear.”

This is swirling around my head as I look at two posts from yesterday. Will Richardson in “Control vs Self-Control” talked about some horror-stories of technology lockdown – administrators and teachers (and students) not being allowed to use flash drives in one school and laptops being forbidden in another district, all in the name of control and standardization. Will quotes Sir Ken Robinson who stated that “we have to stop talking about school reform and start thinking about school ‘transform’.”

Meanwhile, over in Darren Drapper’s blog, he posted “Shift *Is* Happening – But Are We Shifting?“. Some statistics he noted:

The March 2008 survey of 17,000 global internet users is, according to Universal McCann, “the most detailed survey of the Social Media revolution.” In spite of the bias that such a claim emits, Darren thought these figures are something that educators everywhere should consider:

Darren also noted that social media – and blogs in particular – are becoming a more important part of global media consumption for internet users than some traditional media channels. In South Korea – the market Darren noted that is leading the world in digital trends – 77% of internet users read blogs each week compared to just 58% reading the mainstream press. Globally, 73% of internet users are reading blog. Shirky stated that when we change the way we communicate, we change society. These statistics point to the change that is occurring.

Wow! Put these two posts together and one begins to suspect that the rest of the world is achieving that critical mass that Shirky alluded to while America (and particularly American education) lags behind. As Skirky noted, the important question is not whether social media will reshape society but rather understanding how it is already happening. 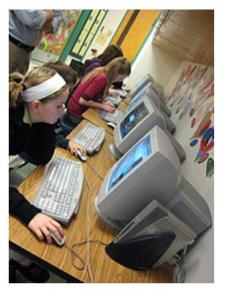 Here at the Center for Teaching Excellence, we struggle with questions of adoption. Jeff Nugent has raised some interesting aspects of the “backwards translation” challenge that innovators and early adopters have with the 80% lagging them in adoption. We are at an interesting junction in education where early adopters are swimming in social media – we are part of the shift – and our challenge is to look back and now assist the early and late majority that make up the majority of our faculty in also making that shift. It no longer is a consideration, it looks like it is a national imperative.

Many are worried that our dollar is becoming irrelevant – I would suggest we worry instead about whether our educational system as a whole is becoming irrelevant. If we do not recognize the societal shift occurring, we will not be in a position to have an economic impact in the world a decade from now. We need to transform, we early adopters are positioned to make that transformation, and the recent statistics suggest that we start action and not debate!

Any one else seeing this imperative as I do?