My 30-Day Challenge question for today was sparked by a post this weekend from Paolo Narcisco – “Knowledge Management As We Know It May Not Exist in 2020 (and here’s why)“.

“…Consider this scenario. In 2020, over 60% of the workforce will be made up of Millennials. While I come from the Connected Generation, those who we will lead are “digital natives”. That means that they all were born completely connected, digitally savvy, and culturally expecting that communication and collaboration to be instant and easy. While they have no qualms publishing their every private thought and activity, they are also savvy in that they expect privacy (when and where is still a debate). For instance, while we may Tweet and post on Facebook for all the world to see, they SnapChat and leave no trace of the conversation. Publish and filter may not be possible when what’s published may be gone in an instant, only meant for the viewers the publisher intended. Unlike the Babylonians who invented cuneiform so that knowledge can be archived and shared, what if there isn’t an archive?” 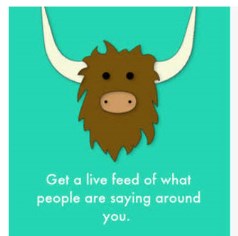 Paolo goes on to mention Yik Yak…to which I will admit total ignorance.  As explained in a TechCrunch article:

“…Yik Yak was launched by two Furman University students, Tyler Droll and Brooks Buffington, as something of a hyperlocal Twitter aimed at college students. Students could post about campus happenings and events, voice complaints, share news, and, at least in one case, update fellow classmates about weather-related closings when an official alert system had failed.

The platform, which connects nearby users automatically, doesn’t require that people identify themselves by name, but instead allows users to post anonymously or use an alias…”

Intrigued, I downloaded and launched Yik Yak on my iPhone.  What I found was the dark side of anonymity.  While there were a few “campus” comments, most were comments of sexual harassment, homophobic, or racist posts. NBC Los Angeles reported that concerns over abuse of the new Yik Yak app have ranged from fake bomb threats to bullying.  A prank threat posted on the app left thousands of students in Southern California on lockdown last week, while a bomb squad swept their campus, one of three recent Yik Yak-instigated bomb threats nationally.

Some could simply say that college kids have always made rude comments…and that they grow out of it after college.  Yet, Paolo’s question remained in my thoughts.  What if there isn’t an archive?  Put another way:

Day 13: How do (or should) we balance online accountability with anonymity?

Accountability cuts several ways.  There are obvious mechanisms to tie someone’s online work with a grade…that part is easy.  Less easy is the aspect of our role in higher education to prepare responsible digital citizens for the future.  How do you even define that?  In a Yik Yak environment, personal responsibility is left at the log-in.  With SnapChat, what happens in Vegas stays in Vegas.  One of the founders of Yik Yak, Brooks Buffington, stated, “Anonymity is a great thing – the whole reason why we made it is because when you’re anonymous, no one can judge you.” 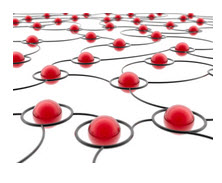 To their credit, the founders of Yik Yak in response to the bomb-threats applied GPS data this past week to block the app if used at a middle school or high school…yet from what little I saw, it continues to provide a service that I found unsettling.  Many of us teaching in higher education continue to examine social media for rich ways to connect with our students…and for them to connect with each other for deep learning.  Yet, as Paolo suggests, we are not teaming with students as much to learn where they might be in social media.  A few years back, Facebook was the obvious place for connections…now, many undergraduates have left Facebook as their parents joined.  They may or may not be on SnapChat.  Do we know?  Is “anonymity” the new given?  What role should we play in mentoring our student use of social media…particularly when it comes to personal accountability?

I feel like an old fuddy-duddy…and I am wondering your reactions?  Should we be concerned about anonymity…or am I connecting dots that should not be connected?