This week in EDU6323 – Technology as a Medium for Learning – the students submitted revamped lesson plans that incorporated some aspects of the course into their planned teaching.  The focus of the week was formative assessment, so as expected, polling and practice quizzes factored heavily.  One student mentioned the interleaving principle raised in Michelle Miller’s book, Minds Online, and noted that she was shifting from a one-time timed quiz to one with no time limits and multiple tries.

After polling, the most used digital tools were screencasts, Diigo, Google Docs, Facebook groups, and blogging.  Group work was evident, with some using wikis or class websites populated with student-generated content. Several also incorporated tablets into their lessons, and our health science faculty made good use of simulations.  There were also some unique applications, such as Pinterest, Learni.st, FlowVella, Slack, and backchannel chat.

There were some interesting themes mentioned by the students as they discussed their rationale for using edtech.  Engagement was mentioned frequently, as was deeper memory.  One student noted (in a screencast submission) that she had not really gotten the learning science aspect when she took How People Learn previously, but that the combination of Minds Online and our discovery process helped her “get it” now.

An example of synchronicity at play was my colleague Enoch Hale’s post this week – Teaching and My Journey with Technology.  I appreciate Enoch tipping his hat to me regarding his blogging, but I find his thinking out loud refreshing!  His post eloquently explains how to put the thinking goals first, then figure out the technology.  The majority of my students get that…and the diversity of tools exhibited in their submissions illustrated that there is not one cookie cutter approach to integrating technology into learning.

As a side conversation in Twitter this week, I shared Alfie Kohn‘s article “The Overselling of Ed Tech” with my class.  I saw this article linked from someone in my Personal Learning Network, and thought it worth sharing.  But then I saw Jennifer Borgioli Binnis’s post, “The Problem with Kohn,” and thought her points were spot on, and so also shared her post with my class.  AS Jennifer noted in her post:

“…On March 12, Kohn released a post his wrote on educational technology. It was then published on Valerie Strauss’ space on The Washington Post website. From there, it was picked up by several education newsletters and Twitter accounts with thousands of followers. His own tweets linking to his article were re-tweeted at least 100 times and those who tweeted a link to his article were likewise RTed. In other words, lots of eyeballs saw Alfie Kohn’s thoughts on ed tech. 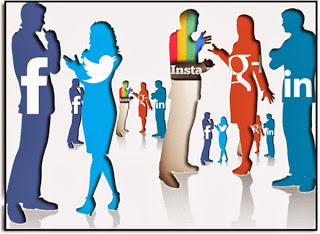 Her point is well taken.  I feel guilty that one of the lessons in EDU6323 that we discussed earlier in the semester was determining validity on the web, and yet I was guilty of quickly retweeting to my class an article I had simply scanned.  Kohn does make some interesting points about the edtech bandwagon, but I was also troubled that his “blog post” did not allow commenting.  As Jennifer noted, there was nothing in Kohn’s piece that Audrey Watters had not been saying for years.  I follow Audrey in Twitter and my blog RSS, and concur that she is one of edtech’s influencers.  So my retrospection is on my own digital habit of scanning links from my PLN (that has male and female, North American as well as Asian, European, and Australian connections).  Much of what I learn about edtech comes from my PLN, but do biases show in how I use it?

A good week in EDU6323.  In this coming week, the students will be reflecting on what “Personal Learning Network” means to them.  I continue to wrap my head around it, so it should generate some interesting discussion!

One thought on “Integrating EdTech into Lessons”