My wife and I had lunch today with my partner from VCU days – Bud Deihl and his wife, Susan.  One of the things that came up in our conversation was the negativism that seems rampant today.  Bud asked if I had anything optimistic to bring to the conversation. 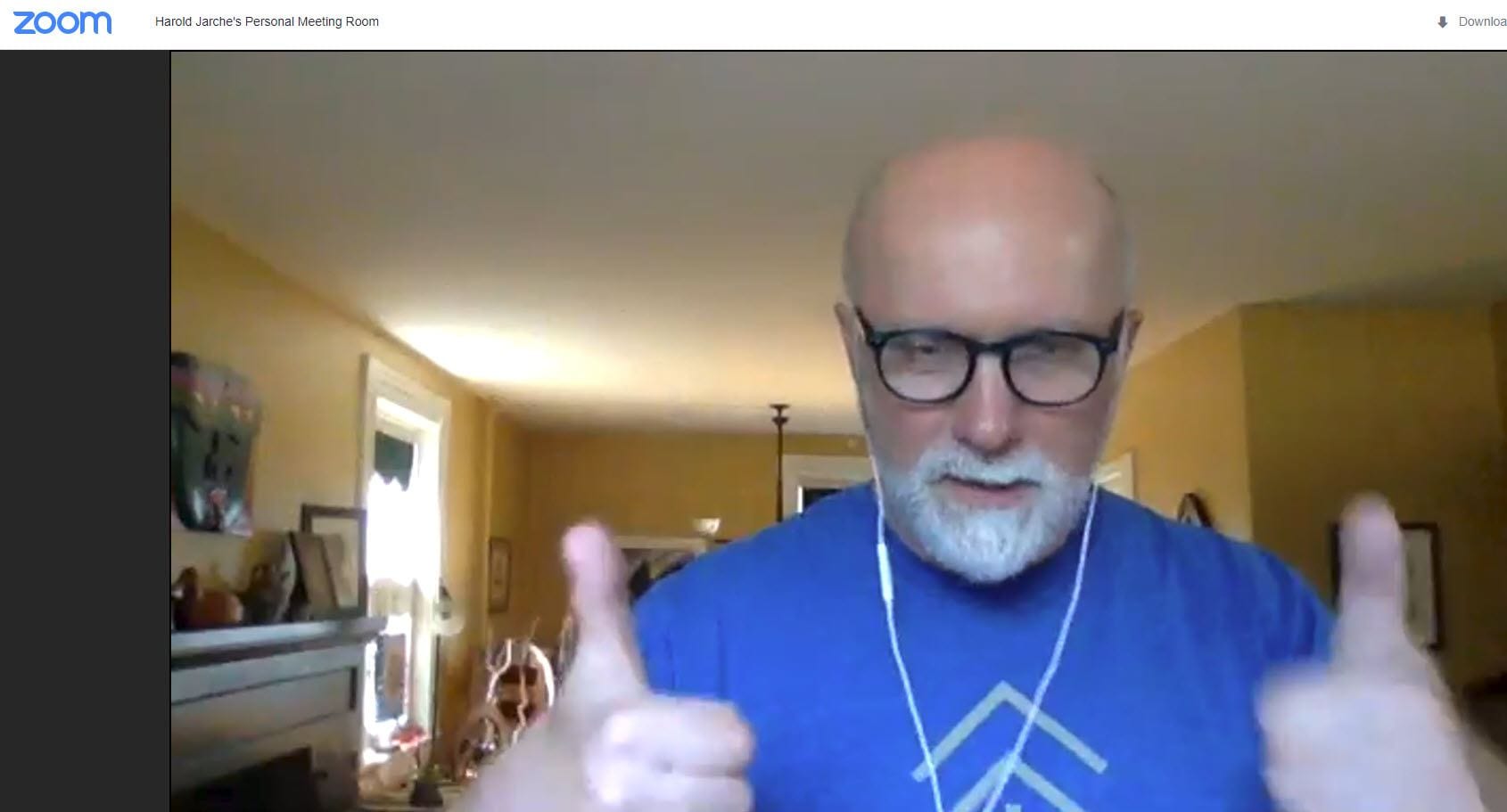 It was an interesting question, because some flavors surfaced yesterday in Harold Jarche’s Coffee Club, of which I am a member.  The Coffee Club is a global conversation over coffee…and it is always morning somewhere.  We met yesterday afternoon for me, but Melissa was just getting up in Australia, it was 8 am in New Zealand, and it was early evening over in the Canary Islands.  Fun group with which to bat ideas around.  Many of us cut our teeth on the early web…which was definitely open, democratic and lent itself to optimism.  Now with fake news, bullying tweets from this country’s Commander-in-Chief, Russian bots, and data breaches, Harold asked us who was more positive or less positive about our work places embracing openness and transparency.

Most of us were generally optimistic about the future…but we admitted that we are not necessarily the norm.  There was a fascinating (and scary) post in Medium this past week by Douglas Rushkoff called “Survival of the Richest.”  Long article but worth the read!  Rushkoff discussed a recent invitation he received to meet with some super-rich on “the future of technology.”  It turned out that these wealthy men (all men) were less interested in technology than in how to save their hides in the coming social collapse…and they all assumed there would be a social collapse.  One CEO who had nearly completed building his underground bunker asked:

“How do I maintain authority over my security force after the event?”

As Rushkoff noted, “The Event. That was their euphemism for the environmental collapse, social unrest, nuclear explosion, unstoppable virus, or Mr. Robot hack that takes everything down.”  He went on to say:

“…they were preparing for a digital future that had a whole lot less to do with making the world a better place than it did with transcending the human condition altogether and insulating themselves from a very real and present danger of climate change, rising sea levels, mass migrations, global pandemics, nativist panic, and resource depletion. For them, the future of technology is really about just one thing: escape.”

Rushkoff ended his piece by noting that “…being human is not about individual survival or escape. It’s a team sport. Whatever future humans have, it will be together.”

I agree, and I draw encouragement from the students that I teach.  Yesterday was the first day of my summer eight-week “Technology as a Medium for Learning” at Northeastern, with 30 students beginning to check in.  The combination of excitement and nervousness over using Twitter comes with the course, but what was revealing was the handful of my former students encouraging the new practitioners of Twitter.  Again, I would not say that this group is “the norm”…but I do think they are the future.  And as a group, they seemed very optimistic about the future…both in their tweets and their introductions in Blackboard.

Life is definitely a team sport…and as Joseph Aoun noted in Robot-Proof, we will need to add human literacy to our repertoire of tech literacy and data literacy.  Tom Peters in his recent book The Excellence Dividend talked extensively about putting people first…putting people before strategy.  The Coffee Club got that…as one said, there are lots of indications that things are moving in a positive direction.  He then went on to note that it will take time…we might have to wait for the current CEO’s to die off or retire!

I am looking forward to this term with my class…but I wanted to thank them up front for reminding me how positive the future looks!

3 thoughts on “An Optimist in a Pessimist World”