I am usually all over the annual Meeker State of the Internet report…but thanks to family visits and travel in May and June, I did not get around to perusing her 291 slides (down from 355 last year) until today.  And as my Northeastern class is exploring blogging, it seemed a good time for me to post a blog.  After all, I had just tweeted this morning about blogging:

I have circled back around to writing to me…and anyone that wants to read! #EDU6323 https://t.co/k6xvSda89E

…and if anything deserves reflection, it is Mary Meeker’s report!  The slides are embedded below, and Bryan Alexander has already explored these slides with an education lens.

Thanks to Rani Molla, the following bullets quoted from her article encapsulates the entire report, but I will add my thoughts to hers: 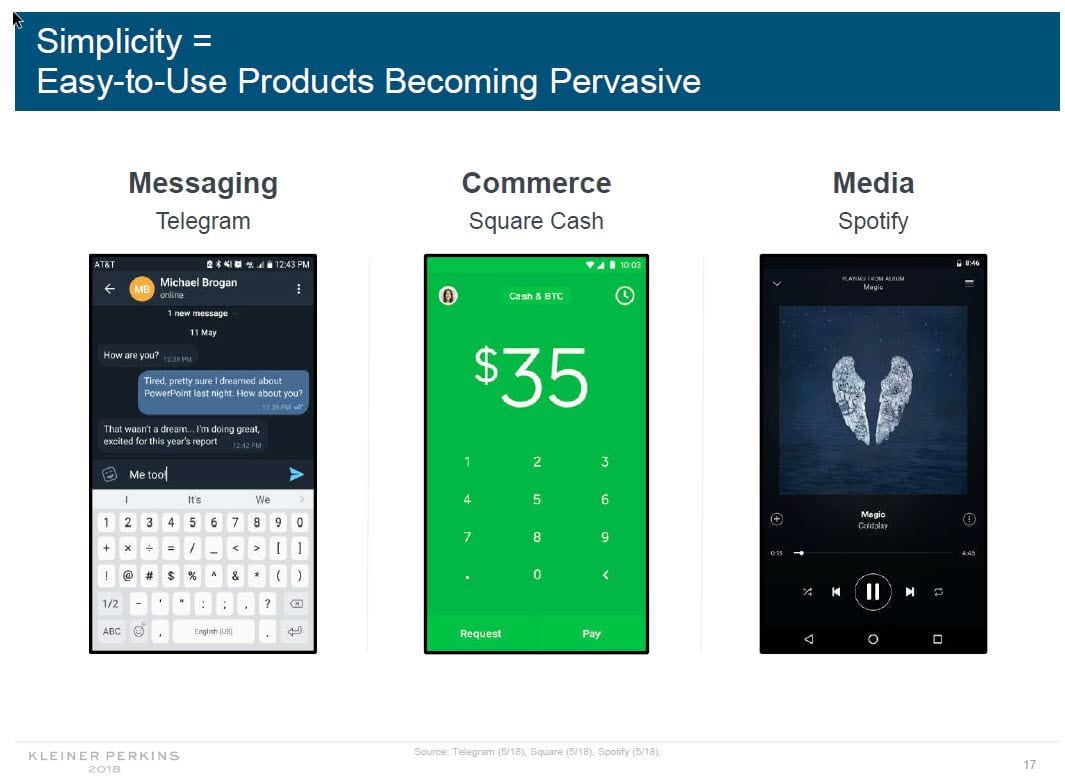 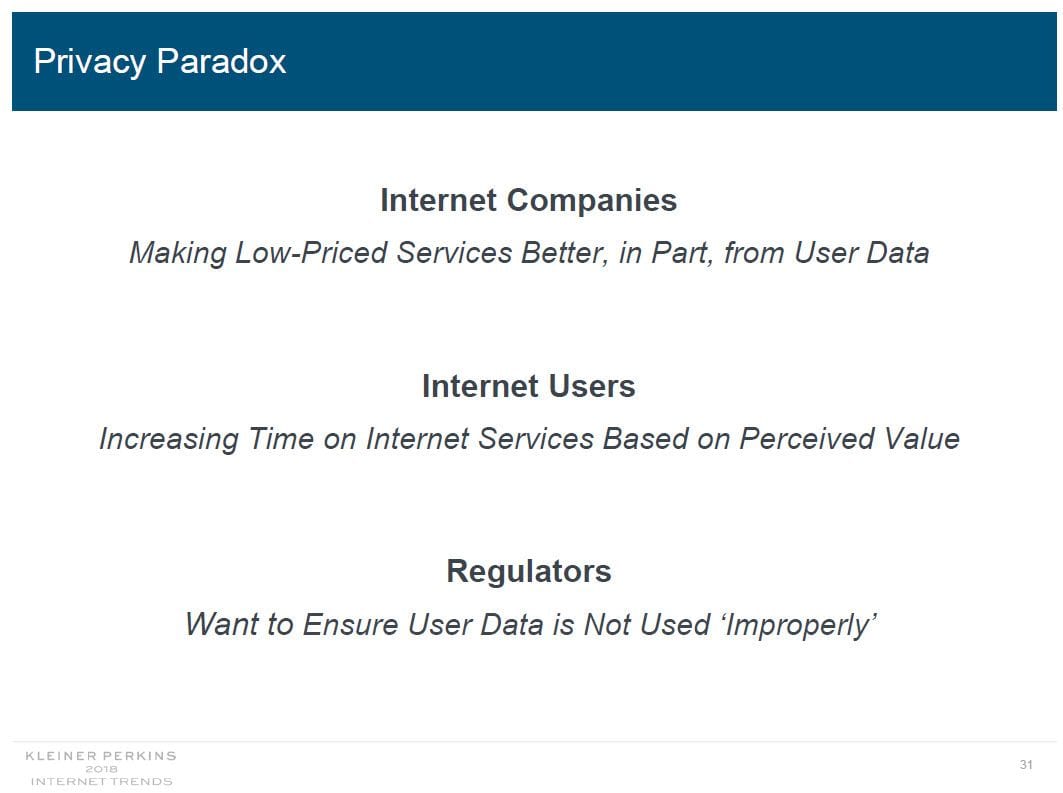 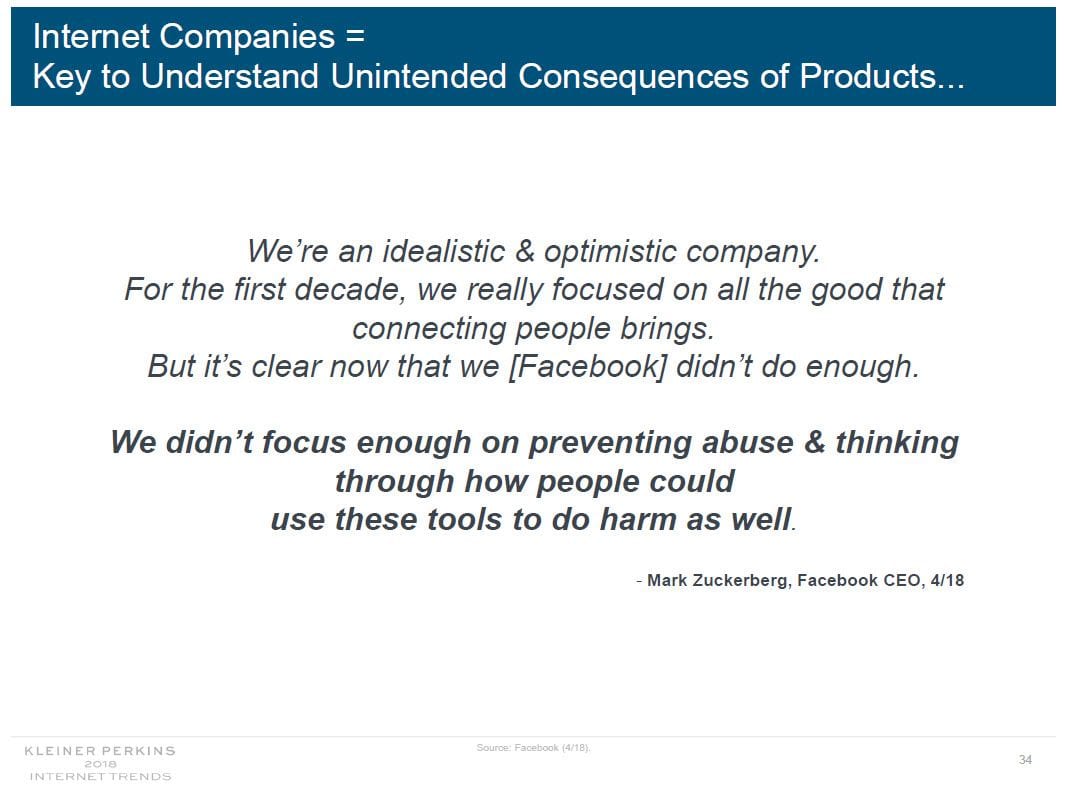 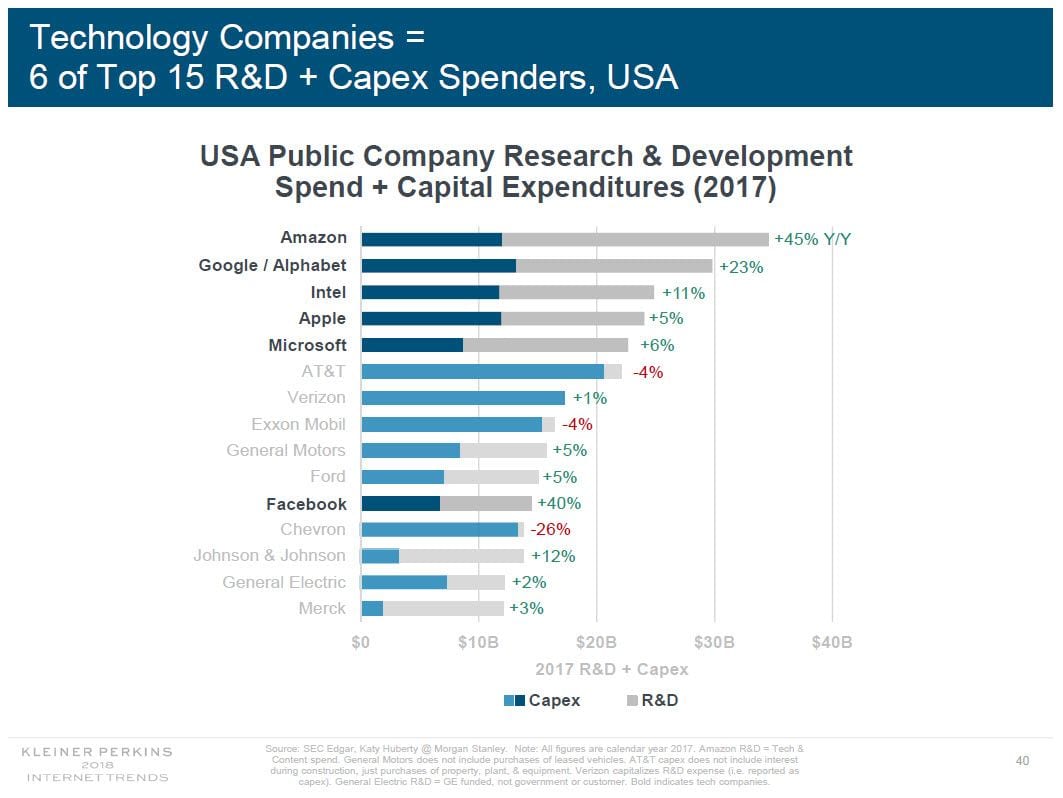 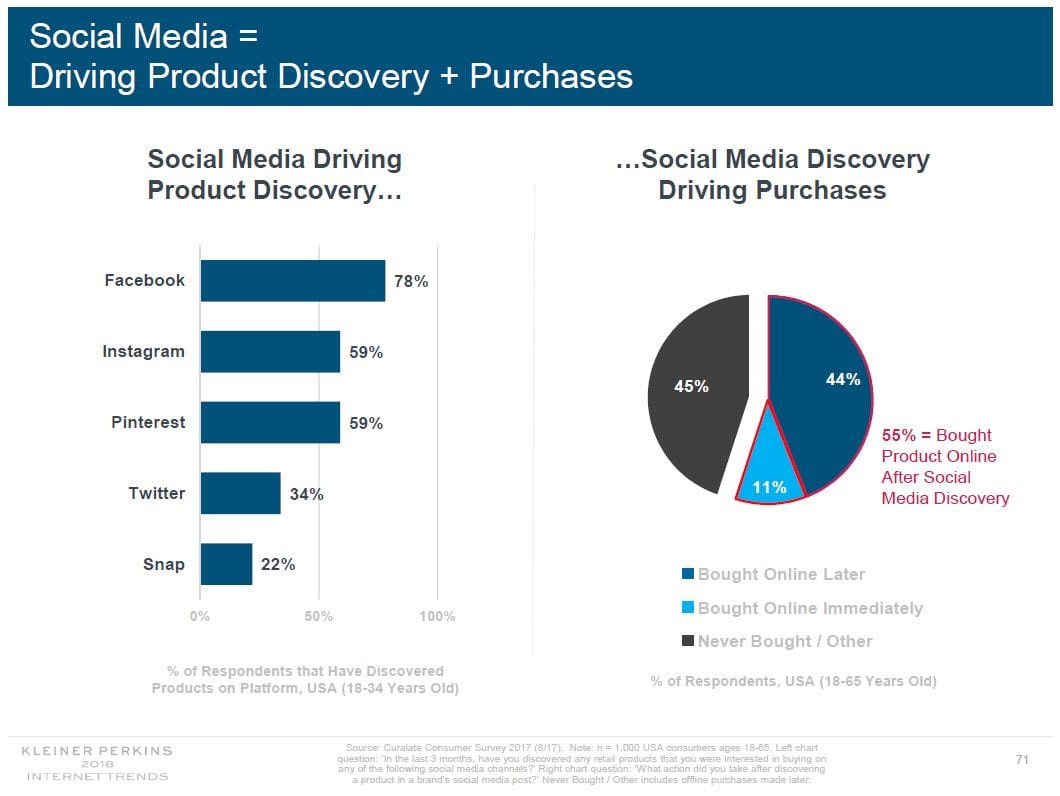 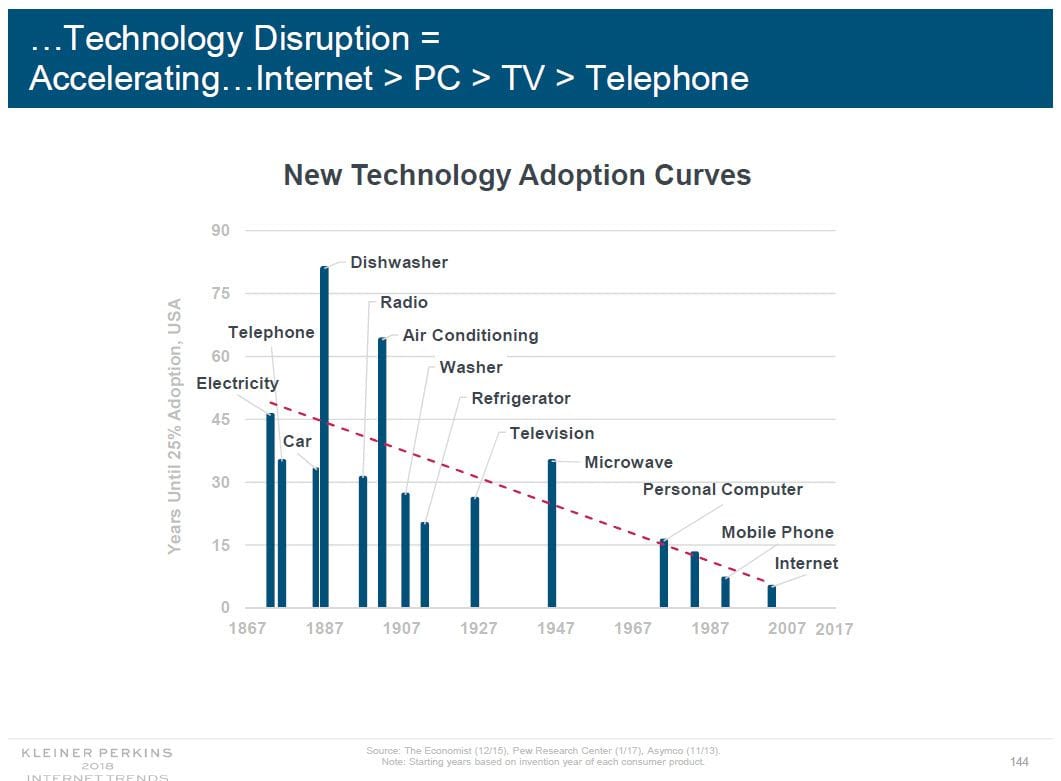 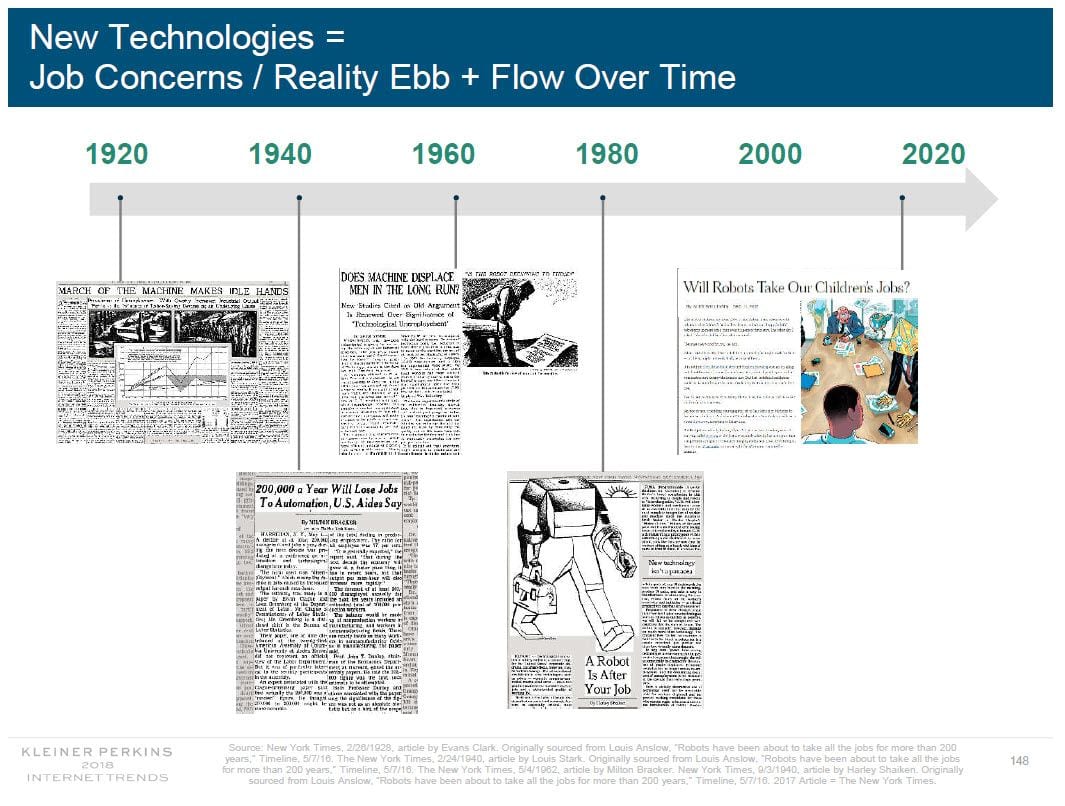 Meeker also noted that the USA data leaders (Amazon, Google, Facebook / Instagram, Netflix, and Booking / Priceline) have focused on and exceeded national norms for customer service…and that this expectation of high personalization and high satisfaction bleeds over into other industries.  It raises questions about our own “service” in higher education. 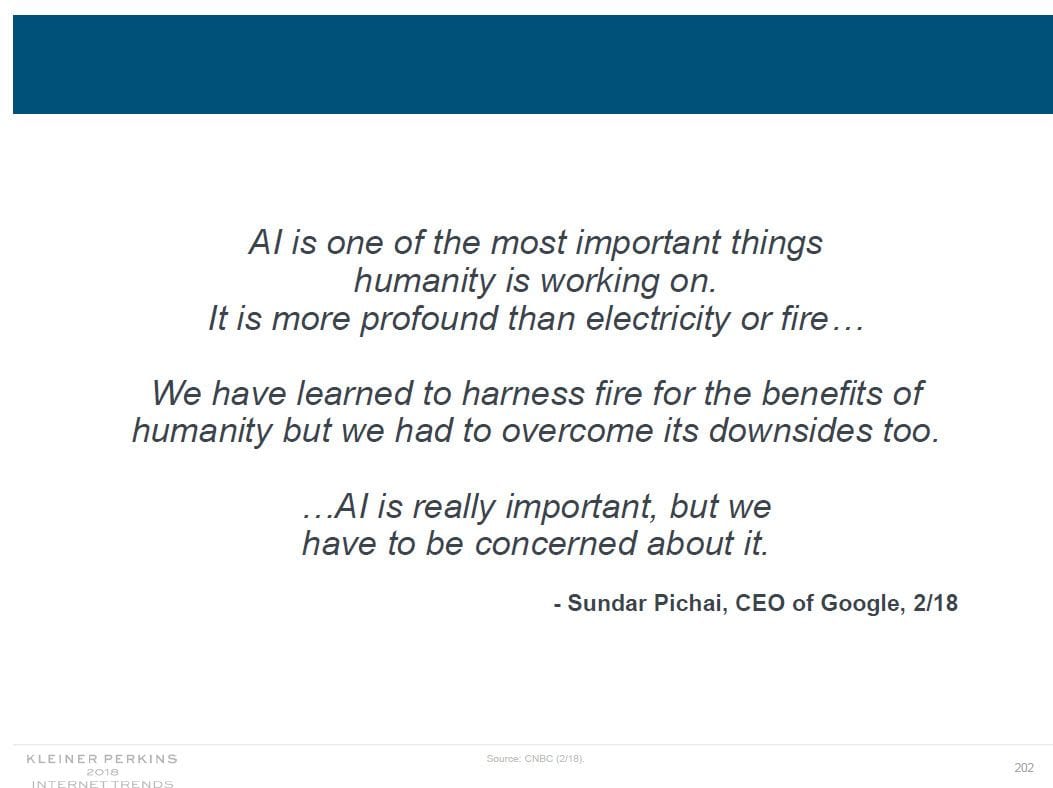 I continue to hope for AI that augments my abilities to facilitate learning!  And we will need augmentation as we increasingly try to scale lifelong learning. 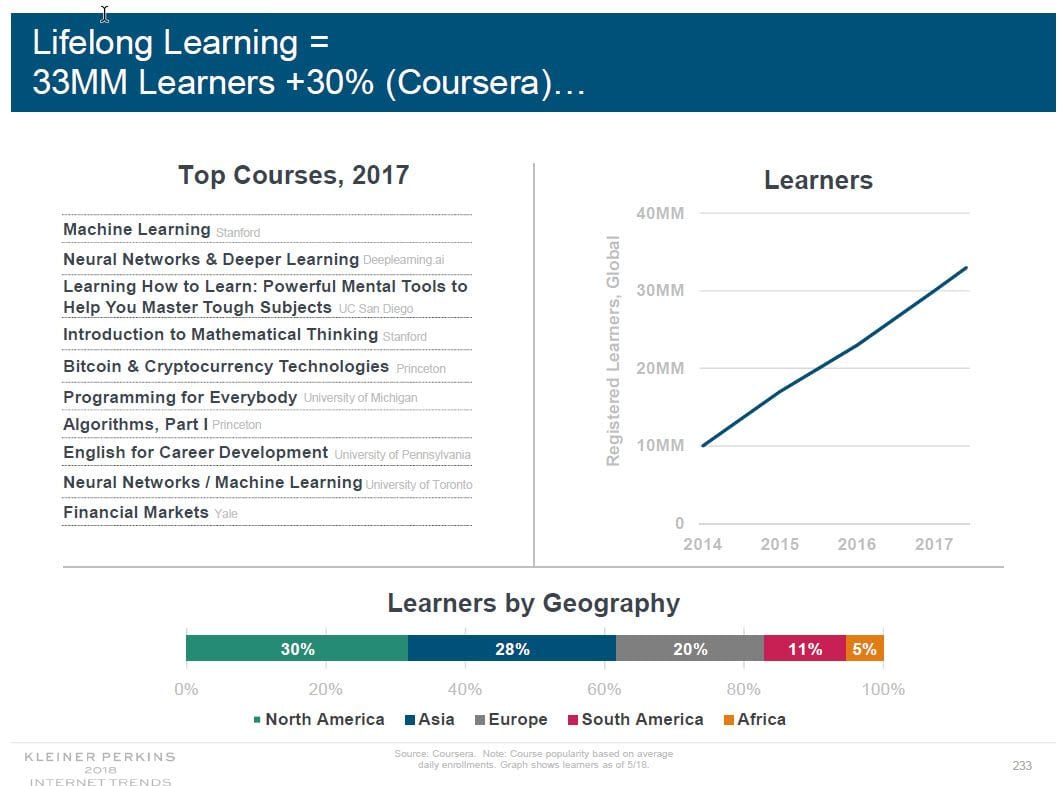 Meeker noted that more than 50% of freelancers had updated skills within the past 6 months.  If we are indeed moving to a gig economy, this has huge implications for higher ed and elearning marketing!  The semester and quarter system might finally be out of date!

And the slide on Slack has me again wondering if it is now time to update the Social Media course and switch from Twitter to Slack as the communication vehicle? 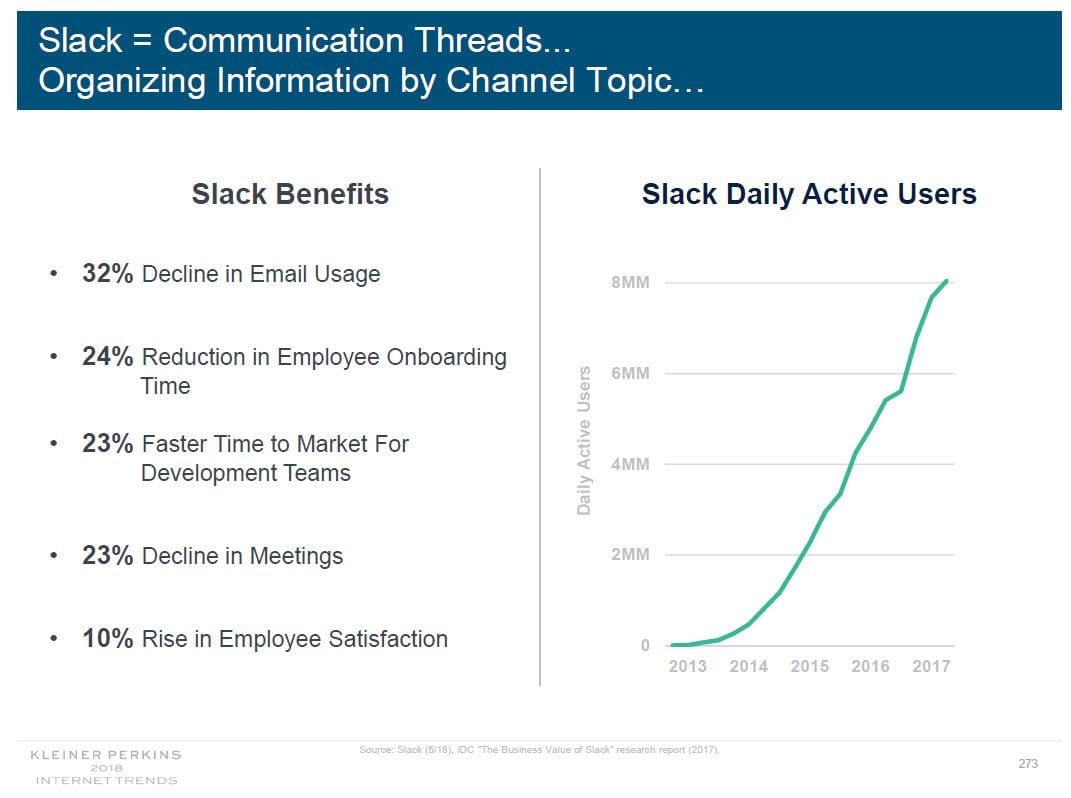 So those are my thoughts.  Mary Meeker has once again pushed my thinking!