I blogged yesterday about the role we early adopters need to play in bringing social media to the masses. Got some very thoughtful comments back from a lot of folks. In particular, Colin Warren of Deakin University in Victoria, Australia, made a follow-on post at his blog, in which he referenced Geoffrey Moore’s book Cross the Chasm, and also a related article by Alex Iskold who suggested that maybe early adopters are currently being diverted by so many new technologies that they can’t keep up, and that they keep abandoning good technology to try something new. Boy, that struck a bell! 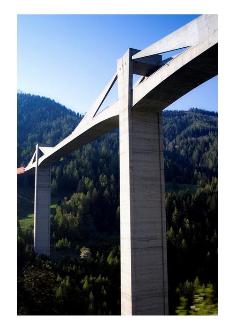 Iskold’s article “Rethinking Crossing the Chasm” discusses the difficulty companies have in bridging the gap between early adopters and the mainstream markets of early and late majorities. In a nutshell, early adopters love new stuff but make up too small a percentage of the population to ever be profitable. Iskold discusses the success that Apple had with the iPod, but also noted that there is real difficulty in getting a particular technology widely adopted. He stated:

“The problem is that compared to a few years ago, the speed with which new technologies are coming to the market has increased dramatically. All these technologies are aimed at the early adopters. And they love it and they try it. But the question is what happens when your early adopters run off to play with a new great thing before you have a chance to take your technology mainstream?

For example, some people who used to blog regularly, blog less now because they discovered Twittering (microblogging). Or, early adopters who have discovered Second Life might not have as much time to spend on MySpace anymore. These are not even necessarily competitive technologies, they are complimentary, but the fact is that they all compete for peoples’ time and attention.”

His main point (and my point last night) – “The early adopters are the pillars needed to cross the chasm; without them the whole scheme falls apart. You can’t make a leap and bring on board the masses if the very foundation you are standing on, the early adopters, leave to do other things.”

The true innovators (Rogers’ 2.5 percent) are the ones that need to keep moving ahead, forging a path for the rest of us. But there is a danger if too many early adopters do not become evangelists for Web 2.0 and stick with helping bridge the gap. This month’s MIT Technology Review (one of my favorite magazines/ezines) has several articles on the future of Web 2.0 – and they do not paint a bright picture. Interestingly, the cover photo shows Leah Culver, cofounder of Pownce, blowing a big bubble (which bursts when you get into the articles). Jason Pontin, the editor, compares the current euphoria over Web 2.0 to the dot.com craze of the Nineties, and noted that both have the same structural weaknesses – no clearly understood business that is floating on investors’ capital. Check out the whole issue, but pay attention to “Social Networking is Not a Business (…But It Might Be Soon)” by Bryant Urstadt.

Urstadt also points to the attention deficit of the early adopters and the issues Web 2.0 companies have in making a profit. He noted that most Web 2.0 apps are seen as portals – and portals are (in his words) “walled gardens” where inexperienced web users congregate for a while, but then grow restless and leave for another spot in the Web 2.0 stream.

Many of us have been extolling the educational value of using Web 2.0 in classroom settings. We do not need this bubble to burst! If we are to be successful, we have to bridge the gap with the majority of our fellow faculty. I therefore like what Jeff Nugent said in his comment to my post yesterday:

“We have had several conversations about the “long nose of adoption” and the role this seems to play as an innovation makes its way through different levels of adoption…or not. … I think there has also been trend over the last year or so for folks in the edtech camp to hunt and gather the latest tools, to be the first at the site and to announce it and pass it along. I think this has been a fun and fascinating time, but it may have come to define too much of the work we engage in.

…the excitement and interest that innovators and early adopters share in the early stages of using the innovation is not often shared by the early and late majority bands. These adopter groups tend to come to the table for different reasons. This creates an adoption dilemma for those of us involved in the work of sharing the potential educational benefit of an innovation. The language of the innovator is often a second or foreign language for the early and late majority. It seems to me that the real challenge in supporting the diffusion of an innovation lies in our ability to engage in some translation that can serve to support broader adoption.”

I think Jeff is on target. My question to you readers is this – What are the reasons mainstream faculty SHOULD come to the table? What language should we use to translate our excitement into their needs? I look forward to your thoughts.

3 thoughts on “Bridging the Education Chasm”